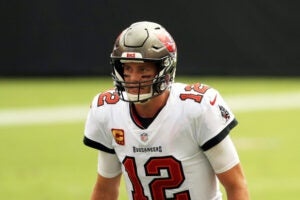 Video game hardware and software retailer GameStop will get a boost to its operations after inking a partnership with Xbox manufacturer Microsoft to use its retail technology in its stores nationwide, just in time for next-generation console launches, which begin next month.

The new agreement allows GameStop to use Microsoft’s cloud-based sales platform Dynamics 365 to not only facilitate transactions but control back-end store tasks and collect customer data — including customer preferences, purchasing history and gaming subscriptions they pay for.

Microsoft will give GameStop’s stores access to its Microsoft 365 suite of office tools (which bundles Microsoft Word, Excel, PowerPoint, Skype, and several other Microsoft-owned productivity apps) and also offload some of its tablets, the Microsoft Surface, on existing GameStop stores, so retail associates working there can better assist customers and “move freely within the store footprint,” GameStop said in a press release. GameStop will also move all its store associates (it says it has over 30,000 employees nationwide) to communicate via Microsoft’s Teams platform.

It might take some time before this partnership is fully realized, as most of GameStop’s stores remain closed or open with limited capacity during the pandemic.

GameStop reported “over 5,000” stores in operation in its Oct. 8 announcement of the partnership, but the actual number of stores open could be lower. In December, the company reported 5,700 stores across the United States, and said in March it expects permanent store closures to number at least 320 outlets. In its most recent earnings report, GameStop said it reduced its operating capacity by 13%, while its overall store base declined 10% during the quarter. The company did say that it transferred nearly 40% of sales from the closed stores to “neighboring locations and online,” but still remains in the red as of its last earnings release.

GameStop and Microsoft have worked together for years and recently agreed to offer a unique pricing model for Microsoft’s upcoming Xbox Series X consoles, which they call Xbox All Access. The program gives players access to a new Xbox — either the Series X or the smaller, more affordable Series S — and two years of Microsoft’s game subscription service, Xbox Game Pass Ultimate, for a monthly rental fee instead of the upfront console cost, which is upwards of $500.

Demand for the next-generation consoles is fierce, with some gamers already reporting issues confirming or placing pre-order requests for the new Xbox or Sony’s PlayStation 5 on various retailers’ websites — GameStop included.

Microsoft’s executive vice president of gaming and head of Xbox Phil Spencer said in a statement that while this partnership is geared towards boosting GameStop’s floundering retail business, it is also a key strategic play for Microsoft as it gears up to launch its next-generation of consoles this November.

“For many years GameStop has been a strong go-to-market partner for our gaming products, and we are excited about continuing and evolving that relationship for the launch of the Xbox Series X (and) S,” Spencer said. “GameStop’s extensive store base, focus on digital transformation in an omni-channel environment and expert gamer associates remain an important part of our gaming ecosystem, and we’re pleased to elevate our partnership.”

GameStop’s net loss in its fiscal third quarter was $111.3 million, up from roughly $104 million last quarter. Its net sales from gaming products totaled $942 million, down nearly 27% annually. Quarterly e-commerce sales increased 800% during the quarter compared to the previous year, proof that GameStop’s online business continues to keep the retailer afloat during COVID-19 times.

While its net loss increased quarterly, GameStop was quick to note in its Sept. 9 earnings report that it has cut losses year-over-year — during Q2 last year the retailer lost $415.3 million.