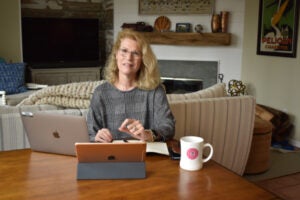 Why Video Games and Esports Will Thrive Post-Pandemic

The gaming industry hit record high sales and viewership in the first quarter of 2020, solidifying its place in mainstream culture as an essential entertainment option.

Industry leaders looking ahead at a post-COVID world say they expect demand to level off from current quarantine highs but agree that the pandemic has permanently shifted the trajectory of gaming.

“The esports spike will correct and return closer to the norm, and some ratings will drop as we get life back to normal — but we have permanently increased the ecosystem’s economic and cultural relevance,” said Jason Lake, chief executive of Complexity Gaming, the sister esports organization of the Dallas Cowboys.

SuperData, a Nielsen company tracking the gaming industry, noted consumer spending on gaming hardware, software and accessories hit a record $10 billion in March — an 11% increase from 2019 and the biggest year-over-year growth in over a decade. (The figures for April are not yet available.)

“Digital spending has been gradually going up year-over-year, but this is the biggest month we’ve ever seen,” SuperData principal analyst Carter Rogers told TheWrap last month.

Despite the spike, high levels of engagement are directly impacted by widespread quarantine orders and unlikely to sustain as society begins to reopen. “The initial trend, in aggregate, will not continue,” Yoshio Osaki, chief executive of gaming research firm IDG Consulting, said about the rise in gaming engagement and spending. “But at the same time, there are certain behaviors that will have changed forever…. There will be more people spending time at home and looking for in-home entertainment as opposed to physical events, and gaming will directly benefit from that trend.”

The amount of time users spend playing games skyrocketed in first quarter 2020, but Osaki said IDG anticipates play time will decrease as other entertainment becomes available. “There are some new audiences there that have been brought in during COVID… not all of those people will stick once people can go back outside,” Osaki said, adding that he expects mobile game publishers, in particular, will continue to see user growth.

There will be a regression to some extent” in the number of players using mobile games after the pandemic ends, Osaki said, but he expects a good portion of those new players will stick around.

Sitrin said that the “fairly unprecedented” uptick in engagement is likely to level off once current restrictions ease up. “We are now reaching a larger and more broad audience, its changed who’s even aware of esports,” he said. “What we’re finding is that people are realizing that (gaming) is a pretty exciting thing to watch, and it doesn’t require you to be a video game player.”

Gaming event organizers like Super League Gaming, which operate venues for public and professional esports play, quickly pivoted to monetize the growing livestream audience while their physical locations remained closed. Social media has also proven to be a useful and essential tool, Super League Gaming chief commercial officer Matt Edelman said. “We saw gameplay highlights as a growing category on TikTok and leaned into that and it’s grown nicely for us since we’ve started prioritizing it,” Edleman said, noting that Super League Gaming has gained a large following on Instagram and TikTok and will continue to utilize those platforms even when their live event centers reopen.

Microsoft vice president of gaming Phil Spencer told CNBC the Xbox Series X remains on track for a launch this holiday, but noted that the games made for the console might be stalled if the pandemic persists.

Few new game releases have been delayed because of coronavirus — the largest being developer Naughty Dog’s”The Last of Us Part II,” which was pushed back twice and now will launch June 19. Sony postponed “Iron Man VR” to July and Nintendo moved the “Minecraft” spinoff, “Minecraft Dungeons,” back a month to May 26.

“We still expect to deliver a robust slate of content over the remainder of the year,” Activision Blizzard chief operating officer Daniel Alegre said during the company’s May 5 earnings call. Activision said it doesn’t yet anticipate any delays to any upcoming game releases because of COVID.

Both Microsoft and Sony Interactive Entertainment say their new consoles will each launch on schedule this holiday season but might have higher price tags.

“What we’re hearing right now is that’s still on track. There will be no change to the release dates in the fourth quarter this year,” Osaki said, adding that hardware companies may try to capitalize on the new popularity of gaming. “It is possible next-gen consoles might be priced $100 higher than the last time the consoles were launched.”

The Nintendo Switch remains largely sold out, but Osaki said it is expected to sell big this holiday if the supply can make its way North America and Europe from Asia thanks to a bottleneck in demand.

Online events are also expected to retain a large audience and popularity even after physical events resume.

Sitrin said EA has partnered with ESPN to broadcast matches of its football simulator title “Madden NFL 20.” EA will broadcast its upcoming online annual Madden Bowl tournament on ESPN live and via the EA YouTube channel. EA will continue to prioritize online broadcasts even after the pandemic because it’s a surefire way to gain more viewers.

Even if esports and gaming venues open in the near future, “we won’t see a full return to normal at the earliest until mid-2021,” said Irene Scholl-Tatevosyan, a lawyer for Nixon Peabody that has advised several gaming companies on their pandemic responses. “No one is looking to open up any time soon in terms of tournament events.”