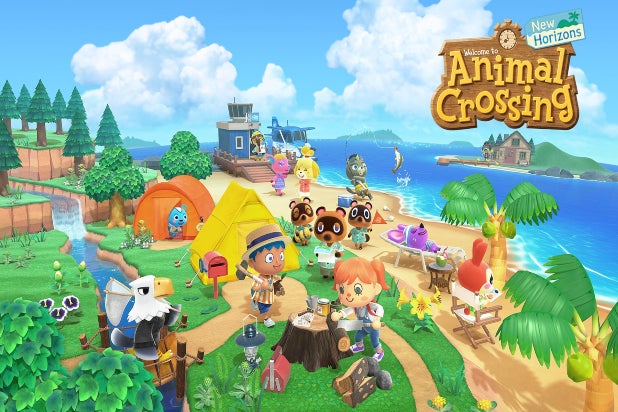 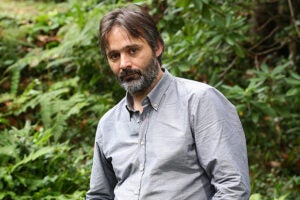 Consumer spending on video games and hardware grew 11% to a record $10 billion in March, as gamers both new and experienced sought new ways to entertain themselves during quarantine. The sudden rise is expected to level off slightly once the COVID-19 virus is quelled, but analysts remain optimistic the overall upward momentum will continue.

“We’ve been tracking this industry for many years,” SuperData principal analyst Carter Rogers told TheWrap. “Digital spending has been gradually going up year-over-year, but this is the biggest month we’ve ever seen.”

Rogers added that the 11% growth rate was the “biggest year-over-year growth” in over a decade — eclipsed only by sales in 2008. Analysts at NPD Group published a similar study.

The fastest-growing category measured in SuperData’s April 22 study was console gaming, which recorded a 64% increase from February to March this year. In March, players spent $1.5 billion on console games, up from $883 million in February. That increase is driven largely by new titles released in late February and early March, including Nintendo’s “Animal Crossing: New Horizons.”

The Nintendo title’s “combination of social features and a relaxing setting likely appealed to individuals stuck at home,” Rogers said.

Concurrent with the latest “Animal Crossing” release, sales of Nintendo’s Switch and Switch Lite devices dominated all other hardware sales in March, a swift uptick in demand for the devices that came out three years ago. As of publication, the devices are sold out at most major retailers and some are marked up as high as 90% above average on eBay.

Certain games released in late March, like Valve’s”Half Life: Alyx” virtual reality game or Bethesda Softworks’ “Doom Eternal” are expected to climb in the rankings as they spend more time on shelves.

Also Read: Re-Opening Movie Theaters Is Not as Easy as Politicians Make it Sound | Podcast

“‘MLB The Show 20’ is the fastest-selling game in ‘MLB The Show’ franchise history, with launch month sales significantly exceeding those of the previous best, ‘MLB The Show 19’,” NPD analyst Mat Piscatella told TheWrap.

Of all the games purchased in March, first-person shooter games were the most popular. Data from Netherlands-based esports and gaming analytics firm NewZoo shows that the shooter genre experienced a 40% growth in player count since December.

The shooter genre is “doing incredibly well,” Newzoo noted, but said that “the growth in player share for the shooter genre cannot solely be attributed to self-isolation policies” because certain staggered global releases and game updates can cause download numbers to spike.

Quarantine is attracting players in droves to the social element of huge multiplayer games like Activision Blizzard’s newly released “Warzone,” a battle royale play mode inside its “Call of Duty: Modern Warfare” title.

“Driven by its free-to-play model and almost-ubiquitous coverage from
shooter-focused streamers, ‘Call of Duty: Warzone’ performed extremely well in terms of player share, player numbers, and viewership,” reported Newzoo. “The game mode’s success may have been accelerated by self-isolation, due to several factors that consumers may find appealing during the lockdown period.”

Some of the trends emerging in the past several months during the COVID-19 pandemic are expected to stick around.

“We’re going to continue to see this growth in player base and viewership that (has) been growing exponentially over the past decade,” said Jason Lake, chief executive of Complexity Gaming, the sister esports team of the Dallas Cowboys.

Also Read: ABC Isn't Gonna Party Like It's 1999 With These 'Who Wants to Be a Millionaire?' Ratings

“Ironically, this crazy quarantine we’ve been stuck in has exposed games to entire demographics that might not have picked them up — they run out of Netflix or Hulu shows and want to know what else they can do,” Lake said.

Rogers said more players will consider buying their games digitally even after gaming retailers like struggling GameStop reopen storefronts — a trend that was already becoming increasingly popular. Some game developers even urged customers to only buy or pre-order titles online, worried supply chains from China or other parts of Asia would be disrupted by the pandemic.

“For gaming, COVID-19 has accelerated underlying trends (and) the shift from brick-and-mortar to digital sales,” Rogers said. “People who would strongly prefer buying titles at a brick-and-mortar retailer bought downloads for the first time and will probably get more accustomed to doing that in the future.”

Also Read: How ESPN and NFL Network Teamed Up to Remotely Broadcast the NFL Draft

Rogers said in-game live events are increasingly popular now and will likely happen more frequently even after the pandemic is over. “Fortnite” developer Epic Games routinely puts on in-game “concerts,” but stepped up its game to offer a virtual Travis Scott show last week to a record-breaking 12.3 million global viewers.

“All games are using limited time awards and events to get people interested,” said Rogers, adding that even the new “Animal Crossing” title is creating multiplayer meet-up events.

But if the ongoing quarantine endures and plunges the world deeper into an economic recession, both Rogers and Lake said these consumer behaviors will likely shift back.

“As we get further out, the potential interest in games might be outweighed spending-wise by how deep and long the recession is, especially as we get to new consoles… asking people to pay $500 (for a console) is a big ask and in the long term we might see lower spending depending on how long this takes,” Rogers said.

Microsoft plans to release its new Xbox Series X console this winter around the same time as the upcoming PlayStation 5 from Sony. Each console maker has stated it doesn’t anticipate COVID will disrupt delivery to retailers.

“After the current situation has passed, the current esports and gaming spike will probably correct (and) some ratings will drop as we see a return to normal,” Lake said. “But we have permanently increased the industry’s economic and cultural relevance.”