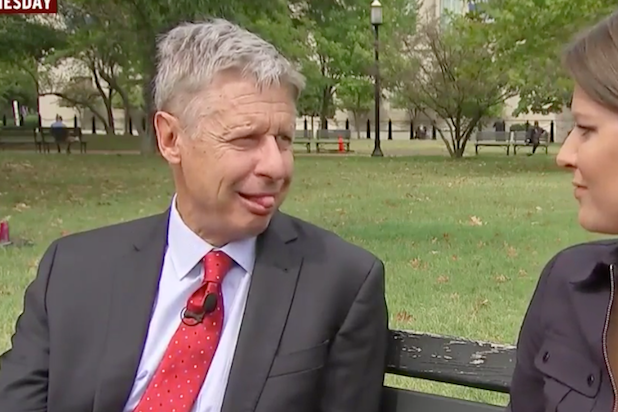 Libertarian vice presidential candidate Bill Weld will focus on preventing Donald Trump from winning the election, according to the Boston Globe.

Weld’s running mate, Gary Johnson, has made a number of high-profile gaffes in recent weeks and Weld’s decision is essentially an admission that Johnson has no chance of winning.

“Maybe somebody is going to come up with a new playbook, and I don’t know who it’s going to be, but it would be fun to participate,” Weld told the Globe. “I think Mr. Trump’s proposals in the foreign policy area, including nuclear proliferation, tariffs, and free trade, would be so hurtful, domestically and in the world, that he has my full attention.”

Weld, a former Republican governor of Massachusetts, isn’t a fan of Hillary Clinton, but says Trump’s agenda is “in a class by itself,” according to the Globe.

Johnson has recently embarrassed his party with mistakes on national TV, including not being able to identify Aleppo or any foreign leader when asked by interviewers. Weld isn’t abandoning Johnson and the Libertarian Party right now, but left the door open for a return to the GOP.

“I’m certainly not going to drop them this year,” Weld told the Globe.