A version of this story first appeared in the Actors/Directors/Screenwriters issue of TheWrap’s Oscar magazine.

More than a decade ago, a mutual friend introduced Gary Oldman to a young, aspiring director named Joe Wright, and added this note: “He’s going to be a great director someday.”

Wright went on to make “Pride & Prejudice,” “Atonement,” “Hanna” and “Anna Karenina,” among other films — and Oldman remembered the long-ago introduction when the director came to him to star as Winston Churchill in “Darkest Hour,” a historical drama that focuses on Churchill as he assumes the office of Prime Minister in the perilous early days of World War II.

Joe, what were you looking for in an actor to play Winston Churchill?

JOE WRIGHT Genius. [Laughs] Always looking for genius. For this role, you can either cast someone who looks like the character, or you can cast someone you think might have the essence of the character. And the essence is much harder to fake than the look. I perceived Churchill as a man who is dynamic and had an incredible manic energy, bordering on bipolar.

So I wanted an actor who was not your typical lugubrious, plodding Churchill, but someone who had dynamism and intensity. And Gary throughout his career has seemed to engage with characters who have had this kind of drive, often to destruction. He seemed to me to be the perfect choice. 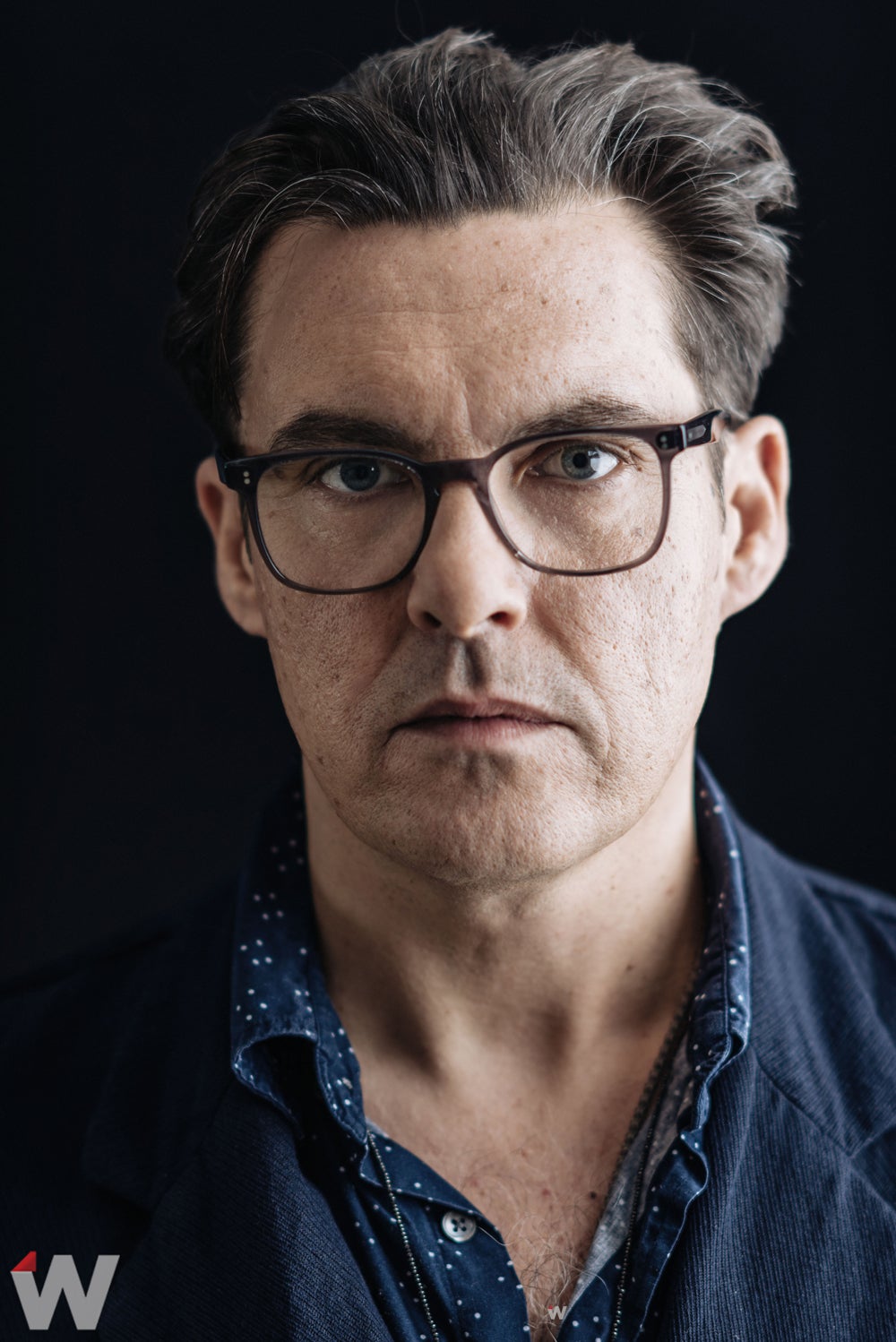 Gary, you turned down the opportunity to play Churchill before, didn’t you?
GARY OLDMAN [Nods]

What was different this time?
OLDMAN [Points at Wright] Him. The right man. The thing they say about Churchill is that when the hour came, came the man. For whatever reason, the other offer didn’t feel right. And it’s hard to get your head around it when somebody says they want you to play Churchill. Churchill? Are you kidding me? That’s like being asked to play Fatty Arbuckle.

But I’d seen Joe’s previous films and been a fan. So you feel that you’re in good hands. And you’ve got to be in good hands with something like this. This is like Falstaff or King Lear. You can’t just show up and do this. You do need a little nurturing.

With Falstaff or King Lear, also, you can make whatever choices you want, and no one’s going to say, “Wait a minute — I saw that footage of King Lear, and he didn’t look or sound like that!” Churchill is different. Does that restrict your choices?
OLDMAN I think it’s kind of liberating, in an odd way. And there are no recordings of him actually speaking in the House [of Commons]. He did record those famous speeches, but after the event, probably in bed. The recordings are dry, and I can’t imagine that he would have spoken them like that to 600 people. He would have given it, I’m sure, a bit of “Henry V.”

So you keep the cadences and some of the speech patterns that are inherently there in him, but play it to the room. And I was fortunate enough to actually play to a room. Some directors would have put 200 extras in and then CG’d the rest of it. Joe actually put 600 people in the space. I’m sure you stamped and screamed to get that many people.

WRIGHT Yeah, I did.

Why was it important to have 600 people there?
WRIGHT For atmosphere. I know that Gary was a great theater actor before he started in film, and any theater actor responds to an audience. And I think Churchill would have responded to an audience as well. A lot of directing, I think, is about creating the right atmosphere for an actor that they can feel and be inspired by. It’s like creating a world for them.

OLDMAN It was very immersive, this world. Normally you come onto a set and you don’t really get a sense of it because the table or chairs have been removed to put the camera there. But we got a chance to walk the War Rooms and the sets — and because of the nature of the wide-angle lenses, there’s less stuff from the 21st century in the room. It helped me. 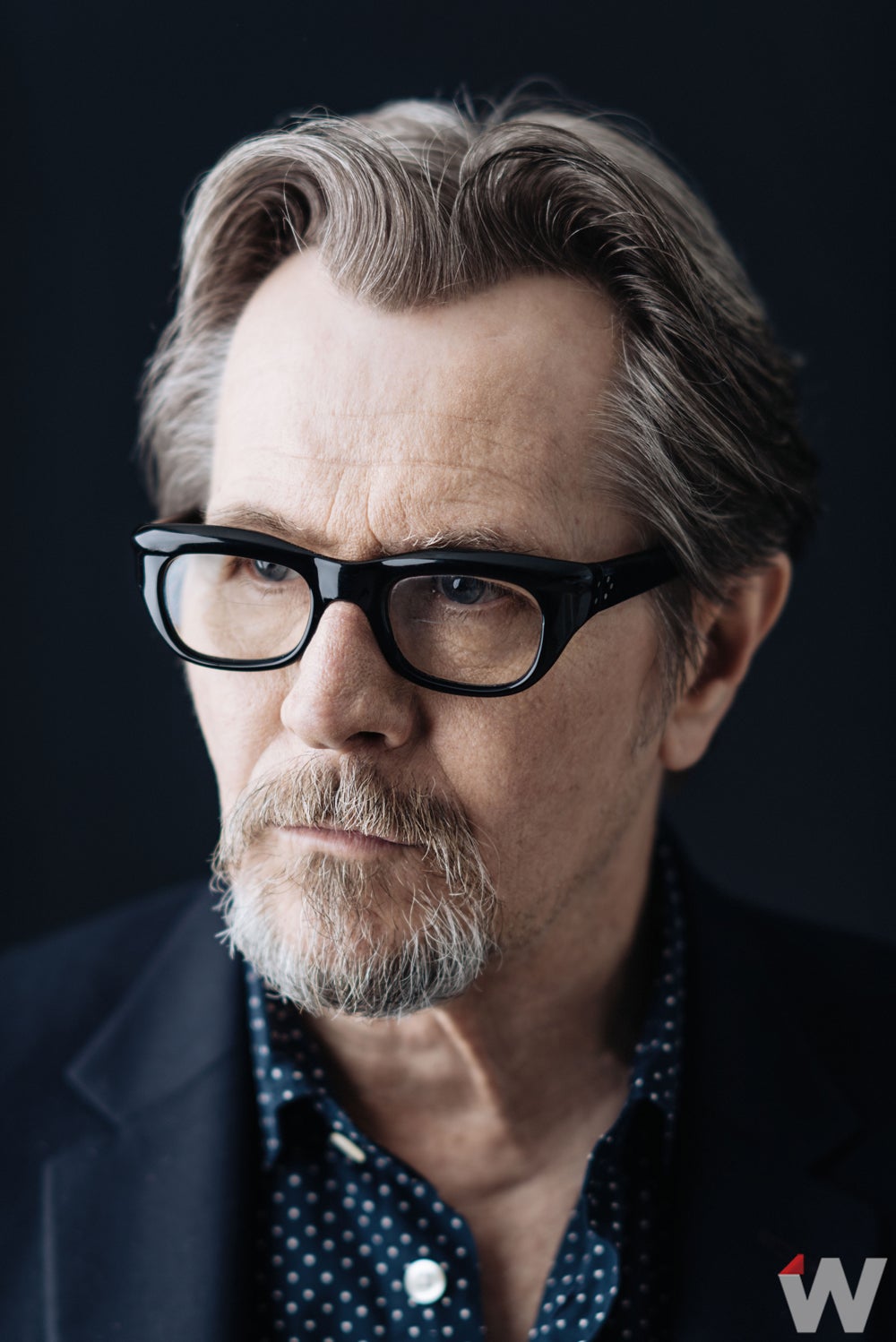 WRIGHT What needs to happen, I find, is that the actors need to walk on set and take possession of it. It’s their set, they own it and the crew are guests. Often, what happens…

OLDMAN Is the other way around.

WRIGHT The crew occupies the set, then the actors sneak in and feel slightly like they’re in the wrong place. And then they’re given a mark on the floor and told, “You can stand there.” For me it’s the reverse: The crew are the ghosts and the actors occupy.

Do you feel that, Gary?
OLDMAN Yeah. I’ve worked with some wonderful directors over the years, and they’ve all got their own way. I told Alan Clarke [“The Firm”] I had an idea, and he said, “I haven’t heard it yet but I f—ing love it.” Then there’s Oliver Stone, who could really be a bit of a bully when he wasn’t getting what he wanted. “Are you trying to sabotage my movie, Gary?” “No, I’m trying to give you what you want–but what do you want?” [Francis Ford] Coppola doesn’t say very much. Just, “That was great. Do another one like that.”

They’ve all got their own way of doing it. But I think, just in terms of the experience of being on a set, this is up there with my greatest experiences.

WRIGHT The only thing that was troublesome for you was the amount of cigars you had to smoke.

OLDMAN Yeah, that gave me a bit of tummy trouble. Could be worse.

Is that a mantra from all those days when you had to be in the  makeup chair at 3 a.m?
WRIGHT It’s a mantra for London.

OLDMAN I do remember one day we were a little behind. We’d moved to a new location, and when you move it always takes a while for the crew to get their rhythm again. And Kristin Scott Thomas came up to me and said, “We’re not even shooting here yet! I’m made up, I’ve been here for hours!”

If you’re making a movie about London during World War II, your ability to complain about much of anything is severely reduced.
WRIGHT That’s very true, indeed. You remember the sacrifice that so many people made in that city in that time, and you kind of go, “Yeah, this is all right.” But to be honest, I don’t grumble. I love shooting. I love making films. I think that’s something that Gary and I shared.

Sometimes I don’t get much sleep, and that makes me a bit grumpy. But generally, it’s my heaven. It’s not working that I find difficult. And I grumble about that endlessly.

OLDMAN According to one of these Wikipedia things, I’ve been in 92 films, or something like that. And I feel like I’ve just always been out of work.

Is there something about this story and this time that has resonance, that would make you want to go to it now?
WRIGHT At the time, not at all. When we started making the film, it was 2016 and we were living in a very different world. There wasn’t a sense of doing the film because of its topicality, it was a sense of doing a film because of its universality. Its sense of character, the way in which it talks about the theme of doubt, and how doubt can be turned from something negative into something positive, and can be a key factor in the attainment of wisdom.

That, for me, was the point of doing the movie. And then all this other stuff happened, and if people want to project any current topicality onto it, then that’s great. Maybe it’ll spark conversations, and that would be a very high achievement as far as I’m concerned. But we didn’t set out to make a topical film by any means.

OLDMAN And it doesn’t really matter what side of the aisle you’re on. He was trying to eradicate fascism. There’s nothing partisan about going after Hitler. I think we can all get on that page. And the irony is, he was a conservative, but he was the only man the liberals wanted.

What did you learn about Churchill that surprised you?
WRIGHT I was surprised to learn how close we came to making a peace deal with Hitler.

OLDMAN I was amazed at some of the achievements. Some of his attitudes and things were a little bit stuck in their time, but the last line of his that I speak in the film is, “Those who never change their mind never change anything.” He learned, and this was in an era where you could make mistakes, learn from those mistakes and get another go, another chance.

We are in an age now where it’s like, you’re out. It doesn’t matter what it is. You don’t hit those numbers on the weekend…

OscarWrap Magazine: Actor and director stop by TheWrap for an interview and photo session