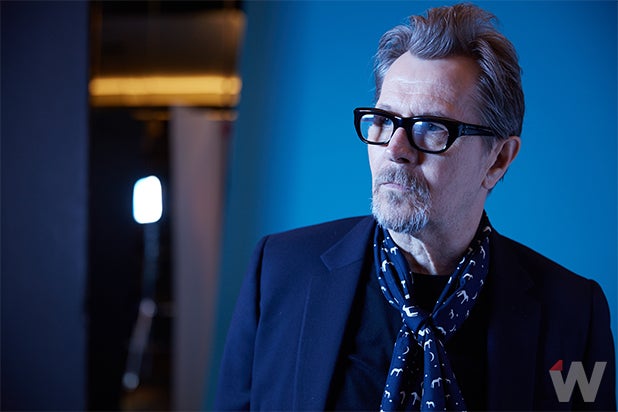 Gary Oldman is joining Amy Adams in Fox 2000’s “The Woman in the Window,” an individual with knowledge of the project told TheWrap.

The casting also means the actor will be reteaming with his “Darkest Hour” director Joe Wright. The film will be an adaption of the A.J. Finn novel of the same name, which follows a child psychologist who suffers from extreme agoraphobia and hasn’t left the house in months. Spying on her neighbors, she witnesses a murder when a new family moves in across the park — but no one will believe her.

Oldman is set to play the father of the family.

Also Read: Amy Adams Signs on to Star in Joe Wright's 'The Woman in the Window'

Tracy Letts wrote the screenplay, while Scott Rudin and Eli Bush are producing.

Oldman most recently starred as Winston Churchill in 2017’s “Darket Hour” and “Tau.” He will next star in “Killers Anonymous” and “Hunter Killer.” He is represented by APA and Douglas Management Group.

OscarWrap Magazine: Actor and director stop by TheWrap for an interview and photo session