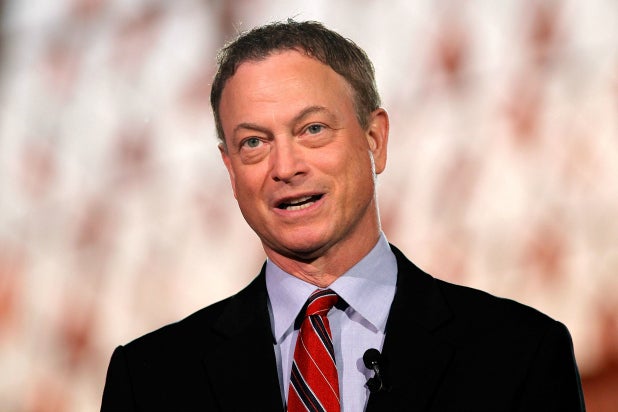 “Forrest Gump” star Gary Sinise has signed on to join the fourth and final season of Netflix’s YA series “13 Reasons Why.”

Sinise will play Dr. Robert Ellman, who Netflix describes as a “a compassionate, incisive, no-nonsense adolescent and family therapist who works to help Clay Jensen (Dylan Minnette) battle anxiety, depression, and grief. Ellman helps guide Clay to accept the help he needs and come to terms with the trauma in his past.”

Season 4 is currently in production and will feature the core cast’s graduation from Liberty high. A premiere date has not yet been set.

Also Read: What Is 'Mindhunter' Trying to Do With These BTK Killer Vignettes?

In the mean time, the third season is set to launch on Aug. 23, and will center on the surprising death of another high school student at Liberty: Justin Prentice’s jock Bryce Walker. You can watch the trailer here.

Here is the official description for season 3:

Eight months after preventing Tyler from committing an unthinkable act at Spring Fling, Clay, Tony, Jessica, Alex, Justin and Zach find ways to shoulder the burden of the cover-up together while helping Tyler move toward recovery. But when the aftermath of a tumultuous Homecoming game culminates in the disappearance of a football player, and Clay finds himself under police scrutiny, it’s up to a shrewd outsider to steer the group through an investigation that threatens to lay bare everyone’s deepest secrets. The stakes are raised in this riveting third season of ’13 Reasons Why,’ as the consequences of even the most well-intended actions can alter a life forever.

Say goodbye to “The Good Place” and more fan-favorites

All good things must come to an end, including your favorite TV shows. During the 2019-2020 season, viewers will be saying goodbye to a number of dramas and comedies on CBS, ABC, NBC, Fox and The CW. Click through TheWrap's gallery to find out which series are airing their final finales during this broadcast TV cycle.

Also Read: ‘Westworld,’ ‘Better Call Saul’ and 7 Other Favorite TV Shows That Are Not Returning Until Next Year (Photos)