Todd Holland has directed three feature films and more than 250 episodes of televison and has been honored with three Emmy Awards, five CableAce Awards, eight Emmy nominations, a DGA award and a WGA nomination. As a producer/director, he was a key creative force behind "The Larry Sanders Show," "Malcom in the Middle" and the critically acclaimed "Wonderfalls." He most recently executive produced and directed the 2009-2010 mid-season Fox comedy, "Sons of Tucson" and is currently nominated for a 2009 Emmy for directing "30 Rock."

A week ago, I participated in a panel discussion at Outfest: “Taking It to the Streets: Directors Get Political." 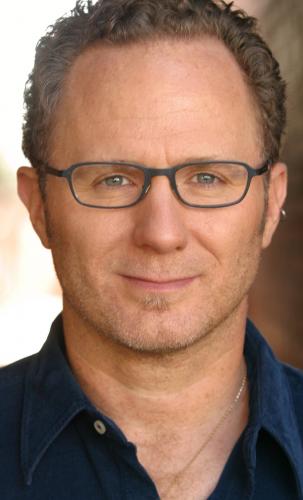 I confessed at the start that I felt I was the least political person there. Also I should explain, I’m a blogosphere virgin. I don’t read blogs. Blogs feels like they’re a dime a bushel. They’re endless. Like cockroaches, if you see one, you know there’s a hundred more behind your firewall. Who has time for that?

So when talking to the meager audience of 30 or so people in attendance, I was not guarded. And when asked a question about gay actors coming out in Hollywood, I answered, as I do most anything, honestly. I was not politic — I was honest.

And for the past week, my response has been twisted and shoved back into my mouth over and over — so that I appear to be a gay director telling all actors to “stay in the closet.” There are only a few things I allow to be shoved in my mouth — my mangled words are not one of them.

I’m an out gay director and producer.

Coming out is the single most important event in my life. I came out in 1992 while directing and producing on "The Larry Sanders Show." I was scared, sure. But I did it — because I needed to live authentically.

My parents were slow to come around. Being Republicans and big-time Christians, they love me, I know. But I think they still have a hard time accepting the gay me. That hurts but, hey, that’s the real world.

And for me, living authentically means living in the real world. And maybe that’s how I came to be the anti-queer poster child of the week.

See, I work in this factory called Hollywood. It’s a strange place. (But remember, we make dreams here — so it’s bound to have a few quirks.) And here are a few of the things I’ve learned.

Two: there are still prominent creative people living in the closet. No one cares that they’re gay, either. They care — mostly because they feel incapable of enduring the perceived rejection of their families.

Three: As far as actors go, if you’re a character actor or a woman, no one cares.

Four: If you’re a guy, no one cares … unless you’re in that fractional .002 percent of the young male actor population, and you really have the goods to become a true leading man. Then there may be obstacles to both living authentically and achieving that Holy Grail of dreams: real, tent-pole-sized Hollywood Stardom.

Gatekeepers abound at every level. Studios are like feisty Chihuahuas — they are inherently fearful, and if their bottom lines are at risk, they’ll bite. Agents and managers do not push rocks up hill — they’ll push level (but prefer downhill).

And their bottom lines are also at risk. Casting directors (sometimes gay ones especially) are often very reluctant to promote openly gay actors fearing, I imagine, some “what the f— are you thinking?” response from straight employers.

I never said stay in the closet. And that matters. My meaning in "I can’t tell you to come out" is inherently parental.

Translation: “If you take the path of coming out, you will be living authentically — and that is a great achievement in anyone’s life. But I can’t promise you’re going to skirt the gatekeepers or scale the hurdles the system has in place.”

To me, that is a real and honest answer. Yes, it is neither activist nor idealistic — but it is the real world I work in every day. It is the world in which I live authentically.

Perhaps bloggers thought I was speaking as a gatekeeper myself. Rest assured that if I am a gatekeeper, my gate is so far from the village, you can’t even see the castle from where I am. I tirelessly promote the best actor at every turn.

I cast gay actors in straight roles (experiences from whence my damning anecdote arose …). It’s my job to identify an actor’s talent — and then to put them in the saddle, slap the ass of the mule they’re riding and send them on their way to the castle.

It’s their job to steer the mule and avoid the trolls under the bridges.

Meanwhile, as in all good adventures, we’re waiting for the unlikely hero to arise and free the kingdom. But will it really be that oft-spoken of “next generation” who don’t care about “the gay” who will take the throne? It seems kind of obvious to me. Like we’re needing a plot twist to spice up the narrative.

So maybe it will be the established movie star who just says “screw it” and breaks down the doors from within the castle. Or maybe it will be that star on the brink of being outed and who, like Neil Patrick Harris, chooses the honorable path of coming out with dignity. (Since the bloggers say no one can hide anymore, this seems as likely a plot turn as any).

I’m ready to champion that Chosen One. I know that one way or another, like all third-act resolutions (and like gay marriage), it will inevitably come. And then at last, the bottom line will be free from the tyranny of homosexual panic — and much money will be made throughout the kingdom from gay actors playing straight.

And that’s really the punchline: The dream factory is all about the money. (I hope I didn’t spoil the ending.)

To all my new friends in the bloggertainment industry, I hope I’ve been incendiary enough to offer you a headline or two. If not, feel free to continue to twist or warp my words to fit your needs.

I mean your job is just like mine — it’s all about grabbing eyeballs, right? In the meantime, please know that I will continue to live authentically, in my own way, whether you approve of me or not.

But don’t feel bad. I told my mother the same thing.