Hollywood is taking to Twitter to pay their respects to beloved sitcom actor Gavin MacLeod, who passed away early Saturday morning at the age of 90.

MacLeod’s roles as Murray Slaughter on “The Mary Tyler Moore Show” and Captain Merrill Stubing on “The Love Boat” rendered him a mainstay of 1970s and ’80s television, as well as a source of both comedy and comfort for countless viewers.

See how some of MacLeod’s costars, friends and fans are honoring the late TV legend. 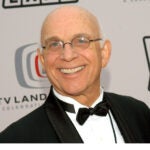 Ed Asner, who starred opposite MacLeod on “The Mary Tyler Moore Show,” described the actor as “my brother, my partner in crime (and food) and my comic conspirator.” He also assured MacLeod that he’d see him and the rest of “the gang” in a bit. Asner and Betty White are the classic sitcom’s only living cast members.

Actor Michael McKean replied to Asner’s tweet with his own condolences.

Next was Marcia Brady herself (of “The Brady Bunch”), Maureen McCormick. McCormick’s tweet thanked MacLeod for the “special and beautiful heart filled conversations” the two shared about life, adding that she will always treasure the time she spent with him.

McCormick also shared a sweet candid photo with MacLeod from an ABC event.

Marie Osmond, who guest-starred on “The Love Boat,” was sure to share her own tribute to MacLeod. “Now you have set sail on to a new adventure. So many fun memories through the years!!! Love you with all my heart, thank you for the light you brought to others.”

Nancy Sinatra, MacLeod’s friend and neighbor, wrote, “Our hearts are aching, we will miss him terrible and love him forever.”

Comedian and “Love Boat” fan Judy Tenuta also reacted to the news. “Today we mourn the Loss of our beloved Love Boat Captain, Gavin MacLeod! Oh Captain our Captain we salute you! Sail to the heavens!”

Captain Stubing also made an impact on Joely Fisher. The actress wrote, “Ahoy! Rest in sweet peace Captain. You will be missed. I have amazing memories of you.”

Filmmaker Kevin Smith joined in on the love fest. “As a 70s/80s kid, I spent many a Saturday night with my Mom, Dad, Brother and Sister watching LOVE BOAT. So I was unexpectedly sad to see Gavin MacLeod has cruised on to that Puerto Vallarta in the sky! Thanks for the many memories, Captain Stubing-here and at WJM-TV!” 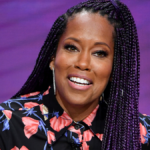 Also Read:
Regina King Shocked She May Be in the Running to Direct New ‘Superman’ Movie
x