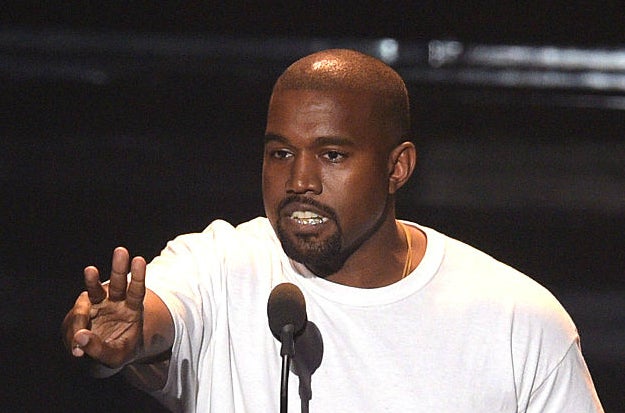 Gawker fired blogger Seth Abramovitch Thursday for a post about Kanye West in which he used a certain unpalatable racial slur, TheWrap has confirmed.

Abramovitch (pictured left) wrote a post about West’s marathon Twitter rant late Wednesday night, in which he used the word “n—–” to explain what DONDA stood for.

Just one problem: DONDA is the name of West’s late mother.

The New York Observer picked up on it, prompting an “editorial pow wow” and an apology, according to new Gawker editor A.J. Daulerio.

“I thought it was a half-assed apology,” Daulerio told TheWrap. “I basically do not want people working for the site who do not care.

“I had a conversation with Seth and he told me he really didn’t care.”

Abramovitch took issue with that characterization, telling TheWrap in an e-mail: “My apology was completely sincere. After waking up to the vitriol over the post, I looked at the post again and agreed it featured a dumb joke using an offensive term, and that my attempt at edgy humor fell flat. I conferred with my coworkers (Daulerio was unavailable) and they concurred.

“I wanted it to be clear and concise, and I ran it by the Gawker team to make sure it was sufficient. The consensus was that it was. It was most certainly sincere, and I have no clue why AJ would say I said otherwise. Ironically, it was the very fact that I posted an apology, and didn’t stand by my work, that AJ initially cited as the reason for my firing.”

So what was this apology? This one:

“*DONDA is actually the name of Kanye’s deceased mother, not the acronym above, which was meant to be the kind of thing Kanye would make up in a late-night creative writing fit, but has offended many people. So sorry, to everyone who was offended, and for the confusion. Sorries all around!”

The original post left the word uncensored, but it was updated to have stars replacing three of the letters and a strikethrough on the phrase. Then that note was added.

Daulerio, the former editor at Deadspin, does not officially begin his new gig until next week, but said this situation required his immediate attention.

“It’s a horrible joke and I don’t want it on the site regardless,” Daulerio said. “… That was atrocious to me.”

Daulerio added that Abramovitch’s firing was not just a result of this post and the apology but a “series of events.” He would not go into further detail.

Abramovitch objected to Daulerio speaking to the press about it, writing “As a longtime Gawker Media employee since 2005, I’m hugely dismayed that Daulerio hasn’t respected my privacy or the confidentiality expected in this situation. I’m further troubled that a meeting was called to discuss my termination with other employees of Gawker Media, and that Mr. Daulerio confirmed the termination with The New York Observer andThe Wrap, during which he divulged — incorrectly — the alleged contents of a private professional conversation.”

That was Abramovitch’s second response. He initially e-mailed this explanation to TheWrap:

“Yes, it’s true, I’m leaving Gawker. I was a part-time freelancer since early last year, and I’m proud of the writing I’ve done there. I’m also looking forward to having my nights off again.”

What remains unclear is a comment on another of his posts in which he appeared to make light of the incident, but did he not respond to that element of our query.

In other news, the same Observer reporter (and Gawker alum) Foster Kamer obtained an internal memo from Gawker Media chief Nick Denton. Guess he still has his claws in.