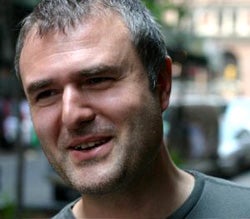 Only at a magazine conference in the year 2009 would Gawker’s prose be pitted against the New Yorker’s – and Gawker would come away looking like it’s better positioned for the future.

That’s the way it went on Thursday.

On Wednesday, you had 400 or so magazine executives in the same room in New York to discuss "innovation," or, more accurately, how and why people should pay for their content online. On Thursday, the executives splintered off into various conference rooms across midtown to discuss, more or less, the same thing.

At the Time & Life Building, about 75 showed up to talk about what kinds of content people pay for now, and what they’ll be willing to pay for in the future — and just who these people are.

And despite Forbes editor Paul Maidment’s contention that "publishing is a very simple business," it didn’t feel that way on Thursday.

The answer seems to that question seemed to be "niche" content, at least in some form.

"It’s a challenge for Time Inc.," said Cyndi Stivers, managing editor of Entertainment Weekly’s website. "Because Time titles are not so niche."

It’s a challenge for Forbes, too. Maidment put it this way: "If a story doesn’t make you richer or smarter, we shouldn’t be doing it," he said of the magazine’s mission (which, it’s worth noting, doesn’t always happen online).

Gordon Crovitz, former publisher of the Wall Street Journal and co-founder of Journalism Online, said magazines have "fans who can’t live without what you do."

Nick Denton, Gawker Media’s chief, argued that print magazines already have a sensibility that works online, but haven’t figured out how to translate it the way sites like his have.

"At meetings at Gawker, we quite shamelessly rip off things that magazines do well," Denton said. "We don’t sit around dissecting the New York Times."

When exploring ideas for a new site launch, Denton added, "I go to the newsstand and look at magazines."

He said that the editorial process Gawker and other blogs are fond of – put up a headline first, fill out the story later – is “very alien” to people who work at magazines.

“We aim to be accurate over the long term,” Denton said. “We stumble toward the truth, much like the British (tabloid) press.”

Turning to New Yorker articles editor Susan Morrison, Slate.com chairman Jacob Weisberg said that unlike Gawker, which is now faced with the challenge of not morphing into the sort of journalism it often likes to ridicule, “The New Yorker model” long-form, heavily vetted, smoothed-out copy, “doesn’t work on the web.” And if it doesn’t work there, it certainly won’t work on smaller screens, like the iPhone – although I’d argue it probably would work well on the Kindle.

But that’s not necessarily a good thing. As Bill Werde, Billboard’s editorial director, cautioned publishers, “If you’re giving a Kindle 70 percent cut on your content, you’re out of your f—king minds.”

For more on the summit, read our day one wrap-up here, and live insights on my Twitter feed here (@stableford) or here (#magsummit).