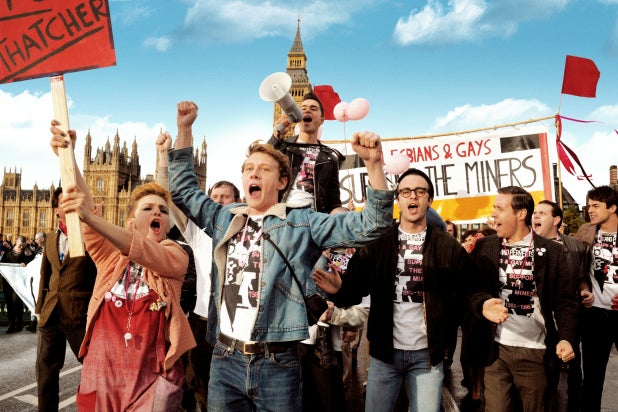 “Pride” has been named the best independent British film of 2014 at the British Independent Film Awards, which took  place in London on Sunday.

The film deals with a group of lesbian and gay activists who allied themselves with the coal miners during a British strike in 1984. It stars Bill Nighy, Dominic West, Imelda Staunton and Andrew Scott, the latter two of which won the night’s supporting actress and actor awards.

This year’s other nominees were “’71,” “Calvary,” “Mr. Turner” and “The Imitation Game.” The last film, which is considered the strongest Oscar contender in the field, went home empty-handed except for the Variety Award, a previously-announced honorary award for bringing attention to British film, for star Benedict Cumberbatch.

Cumberbatch, though, lost the Best Actor award to Brendan Gleeson for “Calvary,” while in the Best Actress category, Gugu Mbatha-Raw won for “Belle.”

Except for the international category, the award is given to independently funded British films. Since BIFA began in 1998, two winners have gone on to win the Best Picture Oscar, “Slumdog Millionaire” in 2008 and “The King’s Speech” in 2010, but for the most part the honor has been given to a film not on the U.S. awards radar.