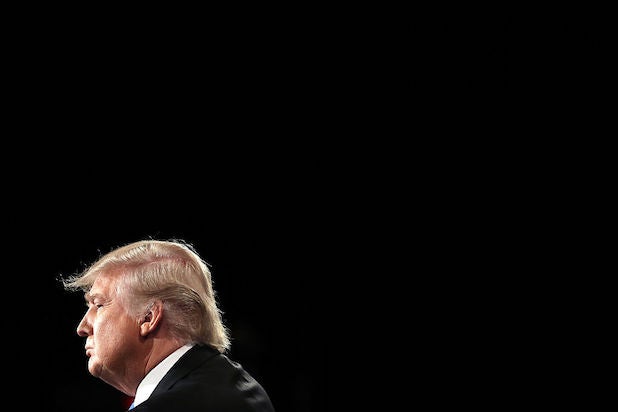 The Trevor Project, the nation’s only LGBT youth-focused suicide prevention hotline, has been working on overdrive since Donald Trump was named the 45th president of the United States.

A spokesperson for the organization tells TheWrap that volunteers are scrambling to keep up with the explosion in calls and have experienced a 124 percent spike since last Tuesday, mostly from teens worried about their safety.

“I’m concerned,” Trevor Project’s spokesperson, Steve Mendelsohn, told TheWrap. “We’re seeing a dramatic increase in levels of stress and anxiety as a result if this election.”

According to Mendelsohn, the center received a total of 668 calls or texts in less than week. For perspective, that’s about three times the amount it got following the country’s deadliest mass shooting in Orlando’s gay nightclub, Pulse.

The Trevor Project — which usually rotates between its two calling centers — has been so inundated with calls, it was forced to keep both locations open around the clock to try and keep up with demand.

“About 95 percent of the calls are related to the election and Donald Trump,” Mendelsohn said. “We’re now looking to train more staff as soon as we can.”

Callers have told operators they were worried about losing their rights under Trump’s administration. Some were fearful of violent hate crimes, while others expressed fear they would be forced to go through conversion therapy.

Donald Trump’s stunning victory last week set off a frenzied panic within the gay world, with activists gearing up for what some have called “the fight of their lives.”

According to a recent FBI report, hate crimes grew by 6.8 percent to a total of 5,850 incidents throughout 2015. While crimes against Muslims saw the highest spike (67 percent), hate crimes against Jewish, black and LGBTQ people all increased last year as well. The data shows a 3.5 percent increase in bias-motivated incidents due to sexual orientation — 1,053 incidents in 2015.

Hate crimes against transgender people have seen a dramatic increase from 31 in 2013 to 114 in 2015, according to the report. Gay advocacy groups warn that the number of attacks is likely a lot higher, as only a fraction of such cases are being reported.

In a statement on Monday, the Human Rights Campaign, the country’s largest LGBT advocacy group responded to the FBI report: “Transgender people, especially transgender women of color, continue to be targeted in vicious attacks all throughout this country. The simple act of walking down the street is cause for real fear and anti-transgender political rhetoric only serves to embolden those who harass and intimidate people simply because of who they are.”

Meanwhile the Southern Poverty Law Center is reporting more than 300 incidents of harassment or intimidation since the election of Donald Trump last Tuesday night.

Medelsohn said he was heartened by the response from the LGBT community, telling TheWrap the Trevor Project has seen an uptick in donations since Election Night.

“People have been reaching out to us to donate and help mobilize,” he said. “I’m seeing people banding together and offering to hold events and write checks which is great.”

With the election just two weeks away, here are the stars who will be voting for President Donald Trump’s second term in 2020