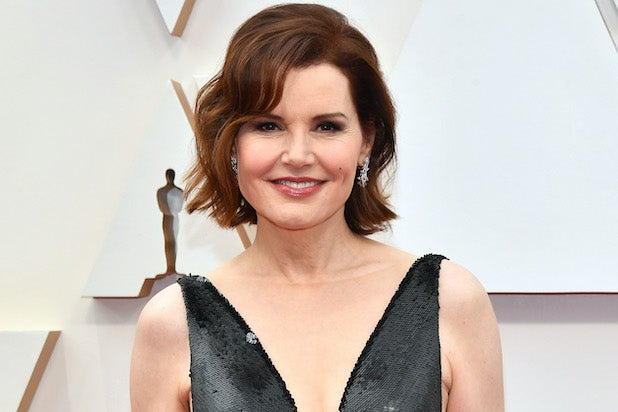 If there’s a stunt or skill Geena Davis doesn’t know how to do, but needs to do, you can bet she’ll learn to do it quickly. At least, that’s the premise of the Oscar winner’s new reality TV series, “I Can By Friday,” which is in development at Whistle Studios and OpenGate Entertainment, TheWrap has learned exclusively.

Starring Davis, “I Can By Friday,” chronicles Davis and her “can do” attitude as she re-creates stunts and tries out new talents, inspired by her experience on movie sets learning various new skills on the fly.

The potential series — which does not yet have a network or streaming service attached but will soon be taken to market — is the first show in the works as a result of a newly signed first-look deal between Whistle Studios and OpenGate.

Also Read: 17 Female US Presidents in Movies and TV, From Geena Davis to Gina Rodriguez (Photos)

Under the pact, Team Whistle and OpenGate “will combine capabilities in production and distribution to spotlight diverse creators and content.” Whistle Studios will develop and distribute the content in partnership with OpenGate.

Team Whistle is comprised of Whistle Studios, New Form, Vertical Networks and Tiny Horse. The company produces both scripted and unscripted entertainment, and is looking to take on additional longform projects in partnership with OpenGate, the largest curator of original concepts in the entertainment industry, specializing in incubating content libraries and talent while fostering diversity at all stages.

OpenGate was founded by Mike Anderson and Jeff Hood, whose background in technology informs their approach to production. That involves leveraging data and analytics of their database of projects to identify new opportunities to create diverse content and spotlight creators and talent.

“Whistle Studios specializes in telling incredible stories featuring amazing personalities and producing the highest quality original series for streamers, networks, theatrical, cable and digital in a variety of formats,” Melanie Capacia Johnson, head of studio at Whistle Studios, said. “We are seeking content that is forward thinking and conscious of tomorrow’s culture and technologies and this partnership with OpenGate opens up a new path to spotlight creative, diverse concepts that otherwise might not have a chance to be told.”

“It was our firm belief that with OpenGate we would find and allow a truly diverse set of voices to have their stories told,” Anderson, a co-founder, managing partner and producer with OpenGate, added. “By partnering with Team Whistle, we have the opportunity to bring the best of the best of the OpenGate portfolio to life. Team Whistle represents exactly the type of organization we had hoped to partner with to bring out the best in the productions that we have in our catalog.”

Hood, Anderson’s fellow co-founder, managing partner and producer, said: “The demand for our services to curate projects has allowed us to create a slate of projects that are truly original, and poised for success. This relationship with Team Whistle will allow these really interesting and compelling stories the ability to come to life.”

Team Whistle is repped by CAA.