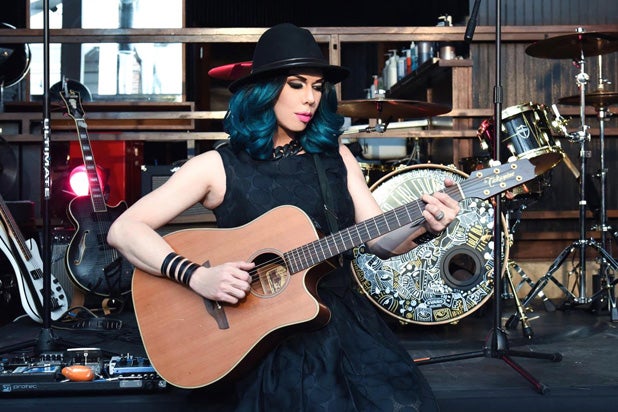 Kelly Mantle, a gender-fluid performer who was a contestant on the sixth season of “RuPaul’s Drag Race,” has made Oscar history as the first potential nominee eligible in both male and female categories, TheWrap has learned.

The film’s producers ran into a dilemma when filling out Oscar paperwork, which required them to classify Mantle, who was born a man, as either male or female. Mantle was submitted for consideration in both categories, and the Academy confirmed that the performer can be nominated in either one.

The Actors Branch of the Academy of Motion Picture Arts and Sciences divided the Acting reminder list into male and female categories just two years ago. Previously, reminder lists didn’t distinguish potential nominees by gender — all eligible cast members were listed together. But Mantle is the first person to be submitted in both male and female categories — and is eligible to take home hardware in either one.