Tanisha Harper is taking over the role of Jordan Ashford on “General Hospital,” ABC confirmed to TheWrap on Wednesday. Harper’s first episodes will begin airing in March.

Briana Nicole Henry, who played the role for three years, left the series in September, saying in an Instagram post that it was time to “move on” from the daytime drama. 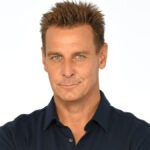 Since then, Jordan — who is Port Charles’ police commissioner — has been close to renal failure as she languished offscreen at a medical clinic in Albany, New York.

Before Henry, Vinessa Antoine played Jordan from March 2014 to September 2018.

Harper has appeared in small roles in “Forgetting Sarah Marshall,” “Dear White People,” and “The Bold and the Beautiful,” and was a regular on MyNetworkTV’s telenovela “Desire.”