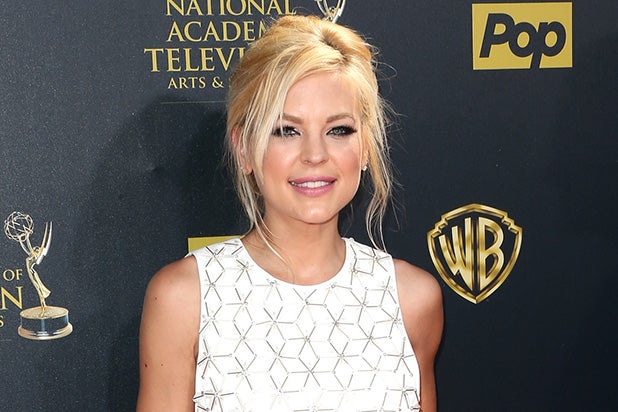 Kirsten Storms will be taking a leave of absence from “General Hospital” this summer, and Maxie Jones will be recast starting in July, TheWrap has learned.

Storms will exit the role, with Molly Burnett taking the mantle from her, at least temporarily.

Storms has played the role of Maxie on the long-running ABC soap opera since 2005, and the last time she took a lengthy leave of absence from “GH” was in 2011, when medical issues sidelined her for 10 months. Jen Lilley played Maxie from September 2011-August 2012, but the actress is unavailable this time as she’s a regular on “Days of Our Lives.”

Maxie’s recasting comes on the heels of the news that Nikolas Cassadine will temporarily be played by Nick Stabile, as Tyler Christopher takes time off amidst contract negotiations. Christopher has played the role since 1996.

Storms herself started on “Days of Our Lives” as Belle Black, which she played from 1999-2004.