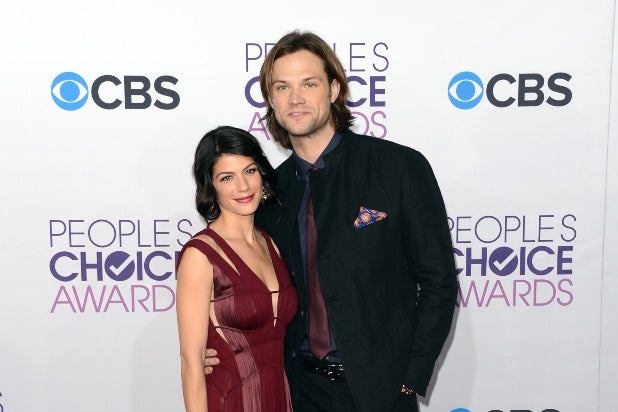 Jared Padalecki and his real-life wife Genevieve Padalecki will be playing a married couple on The CW’s upcoming “Walker” series.

The reboot of the long-running CBS series “Walker, Texas Ranger” stars “Supernatural” leading man Jared Padalecki as Cordell Walker, a widower and father of two. Genevieve will play his late wife, Emily, in flashbacks, a rep for The CW told TheWrap.

Emily is described by the network as a “strong, capable and generous” person, who is dedicated to “helping the disenfranchised.” She is a “grounded and authentic hero in the Walker family.”

Returning from years undercover, Walker begins fighting crime with a new partner, Micki (Lindsey Morgan), who is one of the only female Rangers in history, according to The CW’s description.

Also Read: CW's 'Superman & Lois' Will Show Off New Threads for the Man of Steel

“Walker,” produced by CBS TV Studios, is filmed in Austin, Texas, where the Padaleckis live. The pair met on the set of “Supernatural” when Genevieve, née Cortese, played Ruby in Season 4. They were married in 2010 and share three children.

Genevieve has also starred in the television series “Wildfire” and “Flashforward.” Her most recent acting credit prior to “Walker” was in the 2012 drama film “Hated.”

This will be Jared’s first role after “Supernatural ” comes to an end with its 15th and final season this fall.

The original “Walker, Texas Ranger,” which starred Chuck Norris, ran from 1993-2001 on CBS. It was created by Albert S. Ruddy and Leslie Greif.

Deadline was first to report the news of Genevieve Padalecki’s casting.