And it’s likely that when you see it, there will be some parts of the tale that are hard to watch, but pivotal to Franklin’s journey nonetheless — like the numerous confrontations she had as a Black woman with white men while she fought her way to the top of the music industry.

Parks continued: “It’s like when you tell the story of Einstein, you’ve got to mention the Nazis. The story of Harriet Tubman, you’ve got to mention slavery. So there are a lot of powerful men in the story and it is an opportunity to show how Aretha stood up to them, how Aretha advocated continually for herself. It was so very important for her to continually stand up to them, advocate for herself, find her sound.” 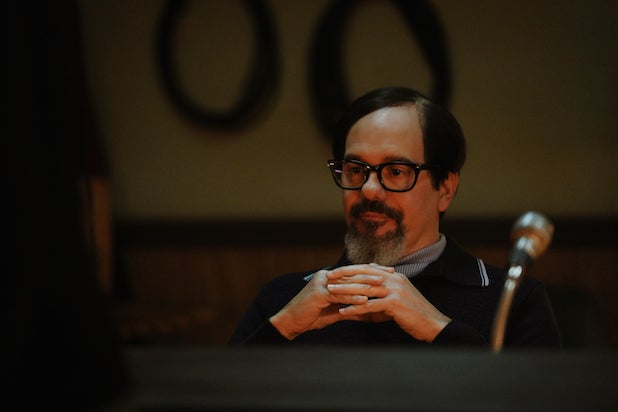 “Genius: Aretha” wastes no time in showing the Queen of Soul doing just that, with a scene in the limited series’ premiere featuring Franklin’s trip to a studio in Muscle Shoals, Alabama in 1967 to record her first album with Atlantic Records and legendary music producer Jerry Wexler (played by David Cross).

“Muscle Shoals, Alabama in 1967 was not a very welcoming place to Black people,” Parks said. “She goes into the studio, it’s a bunch of white guys, white guys that she doesn’t even know. And she wants to make a soul record. And she has to dig down deep and come out with sounds that they’ve never heard before and that blow them away. And she makes the first of her hit records under those circumstances. It’s very important to show that. And hopefully audiences today can get some sustenance out of that story.”

“Genius: Aretha” is the third season of Nat Geo’s “Genius” anthology, with the first having been dedicated to the life and work of Albert Einstein and the second to artist Pablo Picasso. Parks was excited by how Franklin’s installment really opens up the definition of “genius” for the show. And, being a MacArthur “Genius” grant winner, the “Topdog/Underdog” playwright is in a unique position to define that word.

“It’s like if you’ve ever read the dictionary. And so if it was ‘genius,’ the first definition would be Einstein,” Parks said. “That’s the most — not common, but that’s the one most people think of. And then maybe a second definition could be a Picasso. And then it gets interesting, because when [‘Genius’ executive producer] Brian Grazer called me and wanted me to showrun ‘Genius: Aretha,’ I thought, ‘Wow, this is exciting, because we are going to expand the definition of genius.'” 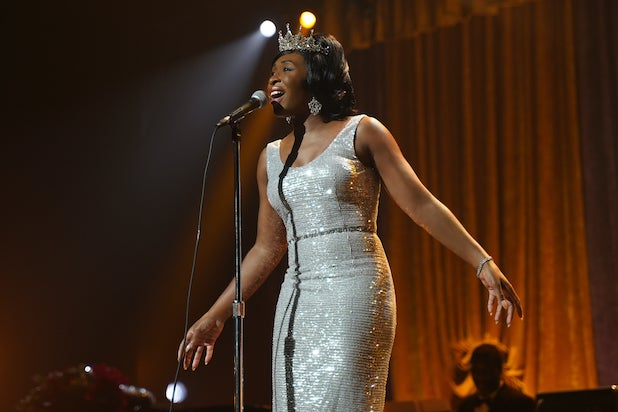 Parks says that “by framing Aretha’s life in the context of genius, we’re going to start thinking about genius in a more expansive and inclusive way that doesn’t at all diminish the power of genius, but actually awakens us to the possibilities of genius existing in places that we had not before looked for it.”

It also allows us to consider the concept that genius is “sustaining.”

“It makes something that’s going to travel through time long after you pass. Genius is paradigm shifting. And Aretha Franklin did that, too,” the “Genius: Aretha” showrunner says. “The way she sang and played music set the standard for others to follow. But also, genius is someone who brings very different people together for a common good. Genius is generous. Genius can shine her light and by shining her light, she might make you aware of your own light. So genius is all sorts of interesting things that we haven’t really thought about before.”

Like many projects, “Genius: Aretha” suffered several production delays due to the coronavirus pandemic. While originally set to premiere Memorial Day of 2020, the Erivo-led project had to shutdown last March after getting five of its eight episodes in the can. Parks says this gave her time to think about ways to do some rewrites over the summer, amid the resurgence of Black Lives Matter protests, but that Franklin’s history as a civil rights leader had been baked into the first few episodes from the start.

“We had already covered Episode 3, which deals a lot with civil rights. We had already covered Episode 5, which also deals with her activism in a much more left-leaning way,” Parks said. “So we had sort of– I hadn’t anticipated last summer at all, but I did feel like it was a part of her life that I very much wanted us to focus on. I thought it would be very relevant to the viewer. I also thought it would be very empowering to people who were not familiar with her story at all to know that this women didn’t just shut up and sing, but she stood up for causes that she believed in. So we already had that taken care of. And I did a lot of rewriting over the summer, but we stayed the course pretty much. It just got deeper and richer and better because we had more time to spend on it.”

The fourth season of “Genius,” which will from Nat Geo to Disney+, is set to dive into civil rights even more, covering the life of Martin Luther King, Jr. But Parks, who wrote the screenplay for “The United States vs. Billie Holiday” won’t be the one penning those scripts.

“I’ve got a lot of wonderful projects in the works and some that I’ve had to put on back burners because this took two years and there are some projects that I should have started last summer that I couldn’t start because I was still working on ‘Genius: Aretha.’ So I’m really happy to be focusing on those projects.”