Disney+ and National Geographic’s anthology series has found the ensemble cast of its upcoming “Genius: MLK/X.” Portraying the pioneering leaders of the Civil Rights Movement are Kelvin Harrison Jr. (“Waves,” “Elvis”) as Dr. Martin Luther King Jr., Aaron Pierre (“The Underground Railroad”) as Malcolm X, Weruche Opia (“I May Destroy You”) as Coretta Scott King and Jayme Lawson (“The Batman”) as Betty Shabazz.

Principal photography will begin next month in Atlanta.

“We are beyond excited to have put together the incredible foursome of Kelvin, Aaron, Jayme and Weruche to bring the depth, complexity, and humanity to these indelible icons,” executive producers Reggie Rock Bythewood and Gina Prince-Bythewood said in a statement. “They are all next level in their chops and their passion to tell this story.”

As previously announced, in a first for the franchise, Season 4 of the Emmy-winning show (which has in the past focused on Albert Einstein, Pablo Picasso and Aretha Franklin) will center on two iconic geniuses: Dr. Martin Luther King Jr. and Malcolm X. “Genius: MLK/X” will explore the formative years, pioneering accomplishments, dueling philosophies and key personal relationships between the Reverend and the Nation of Islam leader. 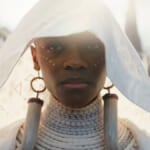 The logline of the series continues: “While King advanced racial equality through nonviolent protest, Malcolm X argued forcefully for Black empowerment, identity and self-determination. With their formidable wives, Coretta and Betty, by their sides, King and Malcolm X became synonymous with the civil rights era and the fight for racial and economic justice. While they met only once and often challenged each other’s views, neither would have been as successful without the other.”

In addition to the casting news, the Bythewoods announced a think tank of historians and experts serving as production consultants prior to the start of the writers room to guide the production, which include Jamal Joseph, a former Black Panther Party leader; journalist Barbaara Reynolds; professor Jeanne Theoharis; pastor Michael A. Walrond; Shabazzs’ eldest daughter; Kameelah Rashad, the founder of the Muslim Wellness Foundation and Jeff Stetson, whose play “The Meeting” inspires the series. 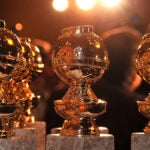 “We wanted to assemble a consortium of scholars and experts who can not only lend their extensive knowledge, expertise and research but also create a space for meaningful debate and discussion to ensure an honest portrayal of the complexities of these iconic geniuses. The legacies of Martin and Malcolm are critical to our understanding of the social justice movements of today, so we had to get this right. We could not have asked for a more incredible group to guide us through their stories,” the Bythewoods added.

Channing Godfrey Peoples (“Miss Juneteenth”) serves as co-executive producer and will direct the pilot episode for “Genius: MLK/X.” Brian Grazer and Ron Howard executive produce for Imagine Television, while the Bythewoods and Francie Calfo do so under their Undisputed Cinema banner. Raphael Jackson Jr. and Damione Macedon are showrunners and EPs. For MWM Studios, Gigi Pritzker and Rachel Shane serve as executive producers. Sam Sokolow also executive produces for EUE/Sokolow. Stetson will pen the pilot, as well as serve as EP. Ambassador Shabazz serves as consulting producer. 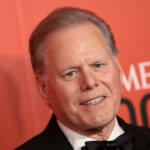