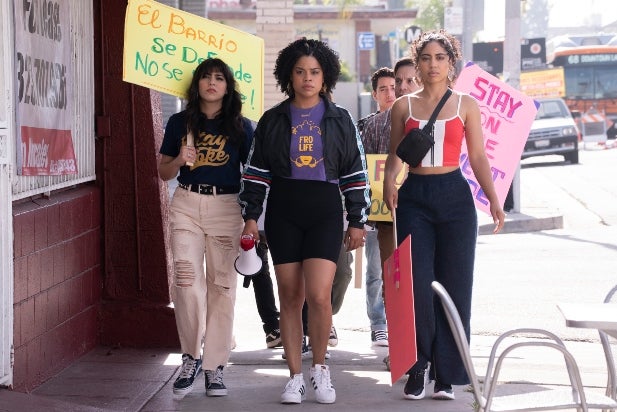 Netflix has renewed “Gentefied” for a second season.

The series is produced by “Ugly Betty” star America Ferrera.

To celebrate the show’s new season, the cast and creators will do a table read on Wednesday, May 20 on the Netflix is a Joke Youtube channel.  The cast will be raising awareness for Proyecto Pastoral, a non-for-profit in Boyle Heights that has pivoted their entire organization to address the impacts of COVID-19 on the low-income families and residents they serve. The table read will be hosted by George Lopez.

Created by two Chicano first-gen writers, “Gentefi” is a half-hour dramatic comedy adapted from the 2017 Sundance digital darling of the same name. In this badass bilingual series about family, community, brown love, and the displacement that disrupts it all, three Mexican-American cousins struggle to chase the American Dream, even while that same dream threatens the things they hold most dear: their neighborhood, their immigrant grandfather, and the family taco shop. Set in a rapidly changing Los Angeles, the Spanglish dramedy will navigate important themes like identity, class, and balancing insta-fame with translating memes for their parents. But most importantly, “Gentefied” will settle once and for all how to pronounce Latinx.