If you’ve ever been evicted because your landlord wants to “renovate” and hike the rents, seen your favorite local businesses killed to make room for expensive, low-quality replacements, or watched a racially diverse community turn into an affluent white enclave, you probably already suspect gentrification is an expression of pure evil. Well, now you have proof courtesy of the horror-comedy “Vampires vs. the Bronx,” which drops on Netflix this weekend.

From veteran “SNL” director Osmany Rodriguez (“Brother Nature”), “Vampires vs. the Bronx” follows a group of kids who discover that the gentrification affecting their neighborhood is an invasion of vampires. And uh, just in case you thought they might be the friendly kind, one of them explains that they work in real estate, so, yeah, pure evil. As the kids defend the Bronx at all costs, hilarity — and a lot of gory bloodshed — ensues. (Hopefully, lower rents also.)

See for yourself in the awesome trailer at the top of the page, and check out the extremely good poster at the bottom.

Also Read: 'The Boys' Boss on 'Horrific' Reveal That Connects Stormfront From Amazon Series to Comics

The film debuts on Netflix Oct. 2. 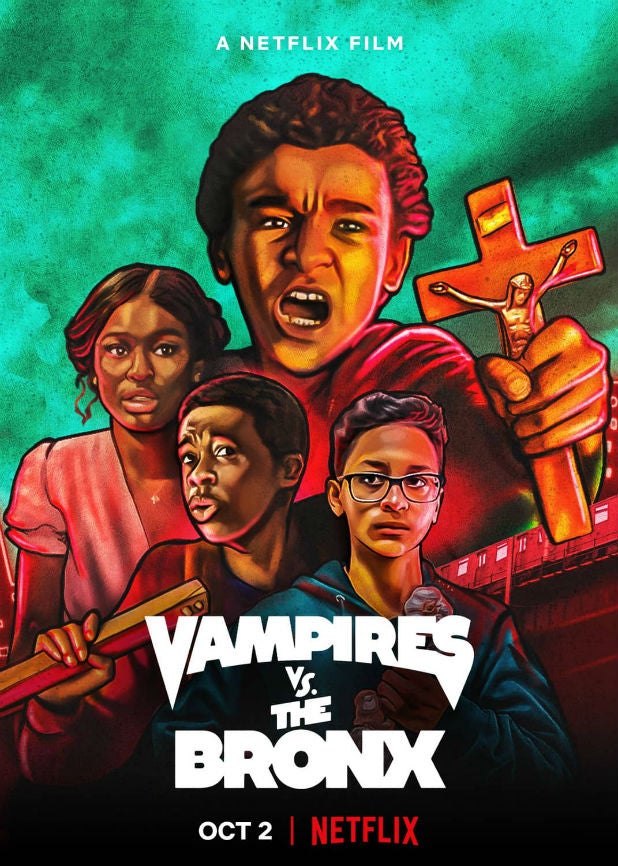