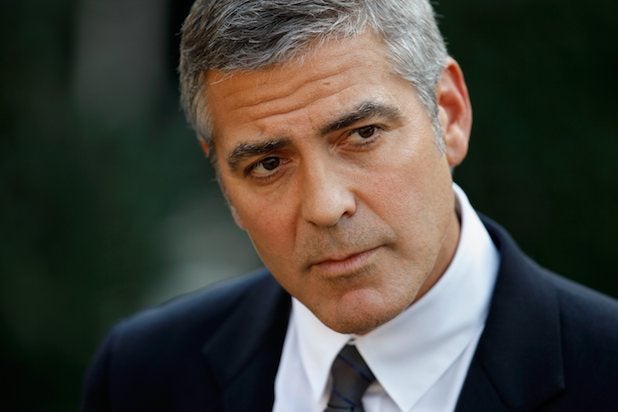 George Clooney has never been shy in his criticism of Donald Trump, but on Tuesday, he declared him unfit for office.

In an interview with The Associated Press, the 56-year-old actor, director and father of twins had this to say: “It becomes increasingly clear how in over his head and incapable [Trump] is of being president of the United States.”

But according to Clooney, there’s a good side to all the political chaos: “The good news is that our other institutions — meaning press, finally, and judges and senators — have proven that the country works. There is a check and balance.”

Also Read: George and Amal Clooney Pledge $1 Million to 'Stand Up to Hate'

In the same interview, Clooney discusses how the current political climate fuels his upcoming film, “Suburbicon,” which tells the story of “rampant suburban paranoia and fear-mongering after a home invasion” in a small Pennsylvania town. Clooney says the racial tension of his film — which is set in the 1950s — is similar to that of Trump’s America.

“I found it interesting to talk about building walls and scapegoating minorities,” said Clooney, who is directing the film. “[When] I was hearing these conversations on the campaign trail…I thought: It’s always good to look back and remember that nothing really is new and every time we’re shocked, we forget that we’ve had this behavior time and time and time again.”