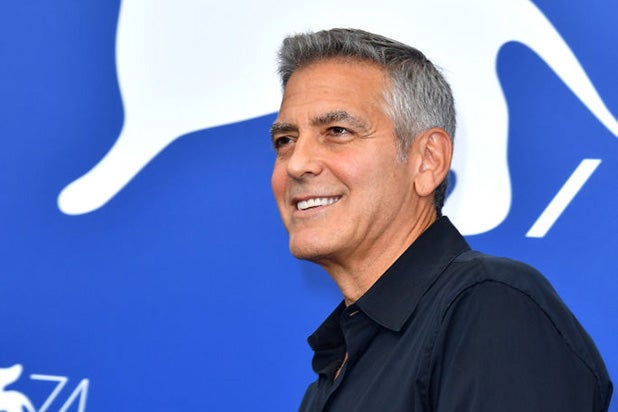 The deal will span two years, and the first film under the deal will center on motoring engineer and designer John DeLorean.

“We are thrilled to bring George, Grant and their spectacular team into the MGM family,” Glickman said in a statement. “Smokehouse has an undeniable pedigree, representing the high quality and entertaining slate of talent we look to work with as we expand the MGM slate.”

Clooney is set to direct the untitled John DeLorean feature, with the possibility of playing DeLorean.

The film will be written by Keith Bunin (“Which Brings Me to You”) and is based on the Epic magazine article “Saint John,” written by journalist Alex Pappademas.

“We’re thrilled to be working with Jon and all the folks over at MGM and look forward to a long successful partnership,” Clooney and Heslov said in a joint statement.

Epic’s Joshuah Bearman and Joshua Davis are producing the DeLorean film alongside Heslov and Clooney. Epic’s Arthur Spector will serve as executive producer.

Also Read: 'Catch-22': Everyone Tries to Get Out of World War II in George Clooney's Hulu Limited Series (Video)

Upcoming for Smokehouse is the highly anticipated Hulu limited series “Catch-22,” based on Joseph Heller’s seminal novel of the same name. The series is set to debut on May 17.

From Paramount Television and Anonymous Content, the six-part series stars Clooney, Christopher Abbott and Kyle Chandler. Clooney and Heslov serve as executive producers on behalf of Smokehouse Pictures and they each directed two episodes of the series.

Smokehouse is also producing “On Becoming a God in Central Florida” for YouTube, about Krystal Gill, a minimum-wage-earning water park employee who will eventually scheme her way up the ranks of Founders American Merchandise: the cultish, flag waving, multi-billion dollar pyramid scheme that drove her family to ruin.