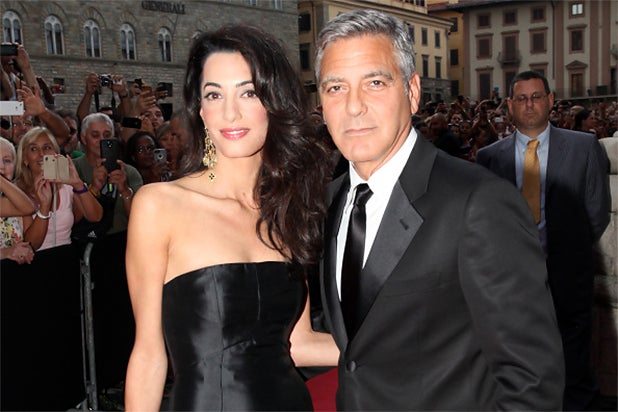 George Clooney and Amal Alamuddin were married on Saturday in a private ceremony in Venice, Italy, their reps announced.

It was a star-studded affair befitting a Hollywood icon like Clooney. Actor friends including Matt Damon, Bill Murray, John Krasinski and Emily Blunt flew out for the occasion as did Vogue editor Anna Wintour and supermodel Cindy Crawford.

Paparazzi and fans have followed the wedding weekend festivities since Friday, when the bride and groom were photographed cruising the canals of Venice by boat.

Clooney, 53, and Alamuddin, 36, announced their engagement in April.

Also read: George Clooney to Be Honored With Cecil B. DeMille Award at Golden Globes

Clooney was married once before, to actress Talia Balsam from 1989 to 1993, just prior to his joining the TV hit “ER.”

Since then he’s dated, among others, Italian actress Elisabetta Canalis and former WWE personality Stacy Keibler.

Alamuddin, a human rights attorney, was recently sought for a position with the UN to investigate possible war crimes in Gaza, but declined the post, citing ongoing commitments.