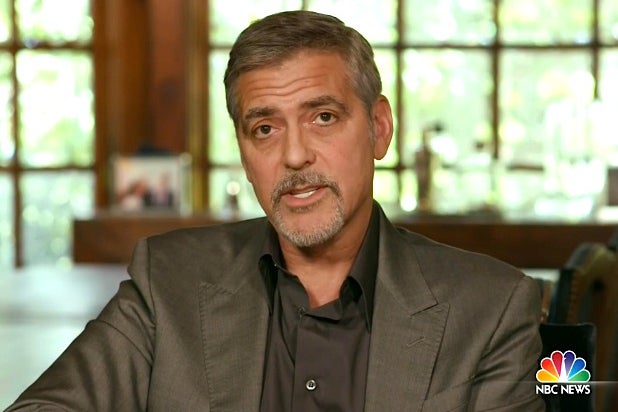 Oscar winner George Clooney made a rare appearance on NBC’s “Meet the Press” on Sunday, admitting his fundraising efforts for Hillary Clinton helped her to collect “an obscene amount of money.”

He hosted weekend fundraising events for the Democratic presidential candidate that were met with protests.

Chuck Todd asked Clooney about the ticket prices of his fundraisers, citing $353,400 per couple to be a “co-chair” – a figure critics and protesters have held up as a key criticism of the system.

“The Sanders campaign, when they talk about it, is absolutely right,” he added. “It’s ridiculous that we should have this kind of money in politics. I agree, completely.”

Bernie Sanders, Clinton’s Democratic opponent, later remarked that Clooney’s admission showed “integrity and honesty on this issue.” Sanders, who has refused to accept money from a powerful Super PAC, added, “One of the great tragedies is that big money is buying elections.”

Later, Clooney said he would fundraise for Sanders if he won the nomination over Clinton. He also addressed protester accusations that he is a “corporate shill,” saying, “That’s one of the funnier things you could say about me.”