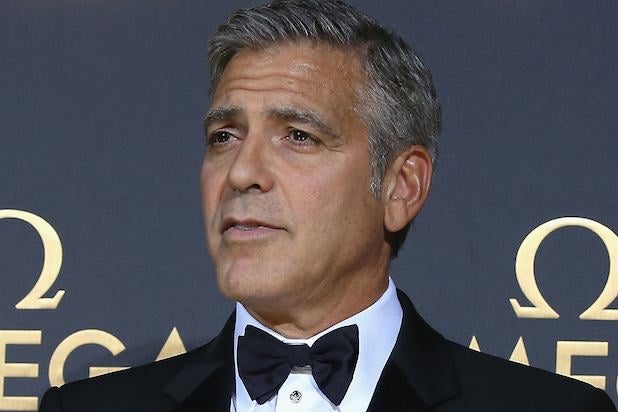 George Clooney and his Satellite Sentinel Project co-founder John Prendergast are offering two ways “America can make a real difference” in the war-torn country of Sudan in a new Vice op-ed published on Wednesday.

“The US doesn’t need to intervene militarily in Sudan. No budget-busting aid operation is required. Instead, America can make a real difference in Sudan in two other ways,” the activists wrote. “First, the US needs to intensify diplomatic efforts to help create a single, unified, broadly inclusive peace process across all Sudan that can address root causes and lead to real democratic transformation.”

“Second, the US needs to rebuild its influence in Khartoum, and the best way to do that is through the regime’s wallet,” they continue. “The US government must give the Treasury Department the resources it needs to follow the money enabling mass atrocities, and enforce sanctions against complicit actors. Short of military intervention, which is off the table, going after the stolen wealth of the regime’s elite will grab their attention like no other action.”

The piece comes ahead of the “Vice” docuseries finale on Friday, which follows host Ben Anderson during a trip to the war-torn country to see how conditions have worsened for the displayed population after 2.5 million have already died in various conflicts throughout the last 20 years.

Clooney warns the African country’s government has only “revived and intensified its genocidal strategy,” yet the devestation has gone largely unnoticed because the regime has banned all media and the world is distracted “by more camera accessible crises.”

With the conflict raging for so many years, Clooney and Prendergast understand why it’s not receiving the same amount of attention Darfur once had, as “the spotlight is fickle.” However, they believe there are more than enough reasons the public should still care (terrorism, China-US relations, religious persecution and basic human rights, to name a few), and hope U.S. citizens can rally behind their ideas for solutions, instead of paying billions for “Band-Aids.”

“Over the last decade, US taxpayers have contributed billions of dollars to Sudan for humanitarian Band-Aids and for peacekeepers in a land where there is no peace,” the op-ed concludes. “A small investment in preventive diplomacy and forensic investigations could yield massive savings and help cool the deadliest fire in the world, a fire only those caught in the flames knew was still burning.”