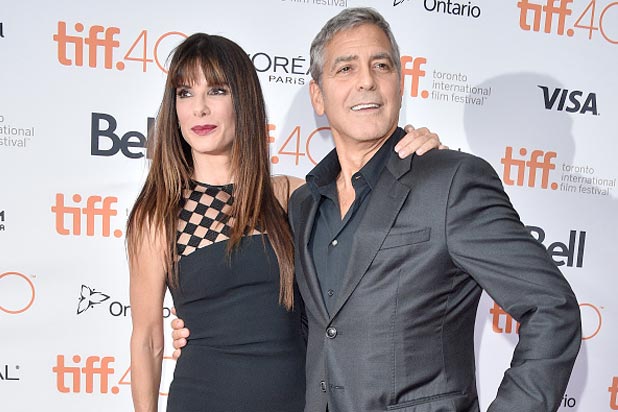 George Clooney took up the standard for women in Hollywood at the Toronto Film Festival on Friday, saying that “a lot more” roles written for men could be played by women.

“There’s a lot more out there if people just started thinking,” he said after the premiere of a movie he produced starring Sandra Bullock, “Our Brand is Crisis.”

In the film, Bullock plays a consultant to foreign political campaigns, a role originally written for a man.

Bullock read the script, which had been languishing in development and called Clooney and his partner Grant Heslov.

“The minute she called and said she wanted to play the role that had been written as a man,” Clooney said, the movie got moving toward production.

Hollywood is struggling with an increasingly vocal community of advocates for women who find the disparity in roles for women on screen and off screen to be unacceptable.