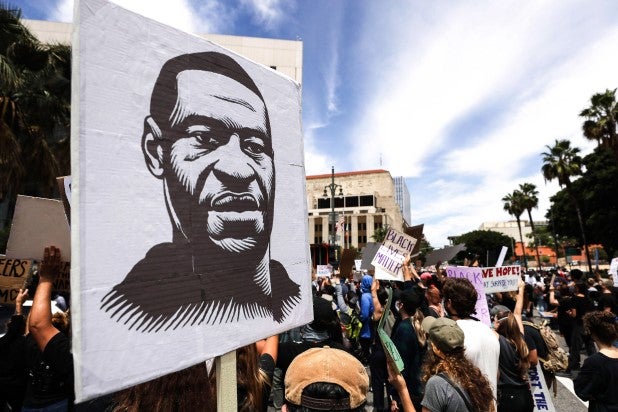 Memorial services for the late George Floyd will be live-streamed and broadcast on several major cable networks Thursday, including ABC, Fox News, NBC, CBS and CNN.

Floyd was killed by Minneapolis Police outside of a Cup Foods market on May 25. He was 46 years old. Thursday’s memorial service will take place at 11 a.m. PT/2 p.m. ET in Minneapolis at North Central University’s Frank J. Lindquist Sanctuary. Reverend Al Sharpton will deliver a eulogy and Floyd family attorney Ben Crump is expected to give an address to the nationwide criminal justice systems during the service.

ABC will stream today’s memorial service on ABC News Live, and NBC via its YouTube channel.

Floyd was born in North Carolina and was a resident of Houston’s Third Ward neighborhood before residing in Minnesota.

Floyd’s family including his cousin Tera Brown, described him as a “gentle giant” and doting father to a six-year-old daughter. The police apprehending Floyd “were supposed to be there to serve and to protect and I didn’t see a single one of them lift a finger to do anything to help while he was begging for his life. Not one of them tried to do anything to help him,” Brown told CNN two days after Floyd’s murder.

You can watch NBC’s live stream of the memorial service, below: