George Lopez, the voice of a new generation?

It sounds a bit odd, given the fact that the comic turns 50 in less than two years. But Lopez has been able to find a whole new base of under-30 fans thanks to the tremendous success repeats of his old self-titled ABC series have had on Nick at Nite. 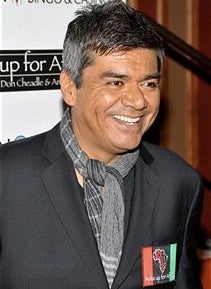 "He resurrected that network, turning it into a top 10 cable channel," said "Lopez Tonight" executive producer Jim Paratore. He notes Lopez now has an unusually broad appeal for a stand-up.

In August, for example, Lopez’s HBO comedy special gave the network its best stand-up ratings in five years, Paratore said. The next day, Lopez picked up the Teen Choice Award for favorite comic.

Paratore recounts being out in public with Lopez recently and being overwhelmed by fan response.

"You would’ve thought I was with one of the Jonas brothers," he laughs.