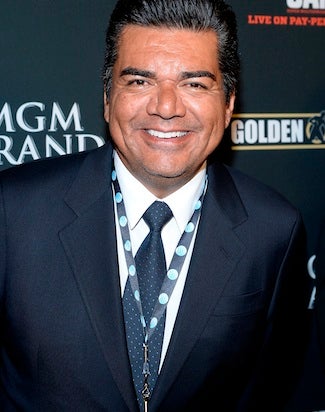 George Lopez will be producing films and television through a new overall deal with Lionsgate and Televisa via Pantelion Films and South Shore.

The actor and comedian already has several projects placed with the companies, including “La Vida Robot” with Pantelion and several comedies and a drama project in development with Stan Lee at South Shore.

“George is a comic superstar and brand name in the Latino community, and he reflects the kind of A-list Latino film and TV talent we’re recruiting for our Pantelion and South Shore partnerships,” said Pantelion Films’ CEO and Televisa USA Managing Director Paul Presburger in a statement.

“As our breakout hit ‘Instructions Not Included’ recently demonstrated, Latino audiences are hungry for mainstream commercial entertainment that incorporates Latino characters and themes, and George’s broad appeal and cross-cultural humor is tailor-made to meet this demand,” he continued.

Starring and produced by Lopez, “La Vida Robot” is based on a Wired magazine article by Joshua Davis about four undocumented Mexican-American teenagers from Phoenix who form a robotics team. With 800 bucks, used car parts and a dream, they build an underwater robot that wins the national robotics competition, taking down reigning champion MIT.

Lopez is represented by CAA and 3 Arts.