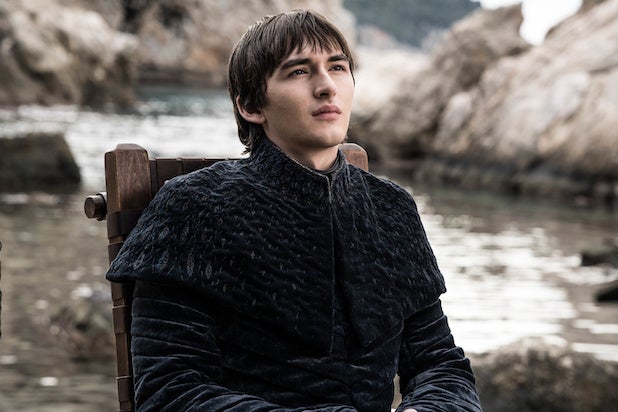 In a bittersweet blog post commemorating the “wild ride” from his first meeting with “Game of Thrones” showrunners D.B. Weiss and David Benioff to the ratings record-smashing series finale, George R.R. Martin attempted to answer the question of just how much the HBO show’s ending matches up with the one he has planned for the books that inspired the series.

Martin also insisted that he will eventually finish the long-delayed final installments of those books … just don’t ask him when he’ll finish.

“I’m writing. Winter is coming, I told you, long ago… and so it is. ‘THE WINDS OF WINTER’ is very late, I know, I know, but it will be done,” Martin wrote. “I won’t say when, I’ve tried that before, only to burn you all and jinx myself… but I will finish it, and then will come ‘A DREAM OF SPRING.'” So there you have it. Sort of.

Meanwhile, there’s the question of the show’s ending. The first five seasons of “Game of Thrones” were adaptations of Martin’s novels. But the basis for Season 5, “A Dance With Dragons,” was released in 2011 while the show’s first season was still in progress and Martin didn’t finish “The Winds of Winter” before Season 6 began production. Which is why, during the final three seasons of the HBO series, the show charted its own course.

Events in Seasons 6, 7 and 8 were based on notes Martin gave to the showrunners about where he intended things to end — which, among other things, included who would end up ruling Westeros in the end. Even so, many fans have wondered if the finished novel series will go in a different place and more importantly, serve as the true conclusion to “Game of Thrones.”

According to Martin, expect things to be the same, and different.

Also Read: 'Game of Thrones' Finale: Why Does the Night's Watch Even Still Exist?

In his post, Martin said that the differences between television and literature will certainly come in to play. “I expect these last two books of mine will fill 3000 manuscript pages between them before I’m done… and if more pages and chapters and scenes are needed, I’ll add them.”

But the main thing Martin wants fans to know is that the question of which version will contain the correct ending isn’t really important. “Book or show, which will be the ‘real’ ending? It’s a silly question. How many children did Scarlett O’Hara have?” he said, referencing the heroine of another novel-turned-filmed-landmark, “Gone With the Wind.”

“How about this? I’ll write it. You read it. Then everyone can make up their own mind, and argue about it on the internet.”

‘America’s Got Talent’ Returns to Dominate Tuesday in TV Ratings
2.

Time for ‘Dancing With the Stars’ to Look in the Mirror(ball) Over Ratings Decline
4.