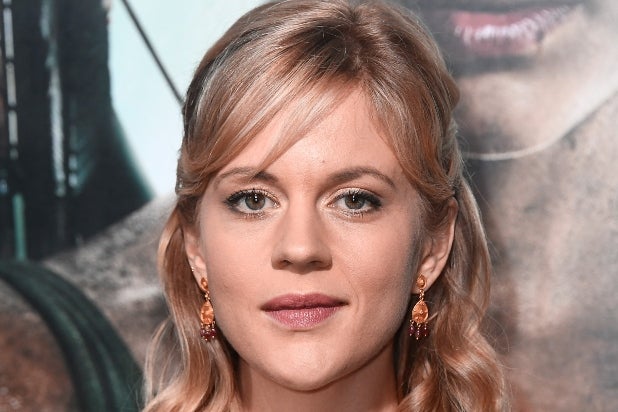 ABC is developing a romantic comedy starring and written by “Vice Principals” and “Devs” actress Georgia King, from Lorne Michaels’ Broadway Video, a spokesperson for the network confirmed to TheWrap.

The half-hour, single-camera comedy will follow Martha (King) and Charlie, two strangers who live one street apart and have no idea they’re soulmates. The show follows their journey to finding each other, which is complicated, funny and full of surprises.

King is also set to executive produce with Tami Sagher (“Girls,” “How I Met Your Mother,” “Orange Is the New Black”), who will supervise the writing, and Michaels and Andrew Singer of Broadway Video, which will produce with ABC Studios.

King, a British actress, has appeared in television roles such as Rosamund Oliver in a “Jane Eyre” miniseries, Carmen in “Sugartown,” an episode of “Skins” and “Merlin,” “Off the Hook,” “Free Agents,” “Plus One,” Pet Gowan on “Little Dorrit,” Lianne in FX’s “Devs,” Goldie Clemmons in NBC’s “The New Normal,” and Amanda Snodgrass in Danny McBride and Jody Hill’s “Vice Principals” on HBO.

Her film credits include the role of Suki in “One Day,” and “Austenland” with Keri Russell. She’s also written and directed two short films, 2015’s “Your Hands” and 2012’s “I Think, Therefore.”