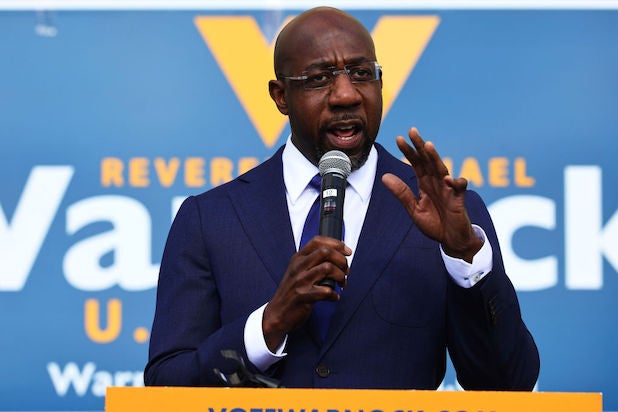 Earlier in the night, Warnock claimed victory after returns demonstrated a clear lead, striking a tone of reconciliation in a speech streamed from his campaign headquarters. “Georgia, I am honored by the faith that you have shown in me. I promise you tonight that I am going to the Senate to work for all of Georgia,” he said in part.

Loeffler has not conceded.

Warnock’s victory brings Democrats one step closer to marginal control of the Senate — should fellow Georgia Democrat Jon Ossoff win his own senate runoff race against Republican incumbent David Perdue, the Democrats will have 50 seats in the Senate, with Vice President Kamala Harris casting the tie breaking vote in any dispute.

Warnock, a 51-year-old senior pastor of the Atlanta church where Martin Luther King Jr. preached, will become the 11th Black candidate ever elected to the U.S. Senate.

“In no other place other than America is my story even possible. So I believe the American dream is still possible, but it is slipping away from far too many, and the gap between the haves and the have nots is becoming a chasm,” Warnock said in a recent interview with Yahoo News. “I hope that seeing me [become Georgia’s first Black senator] will encourage and inspire other marginalized people and people of good conscience in our state to step up and fight for what they believe in.”