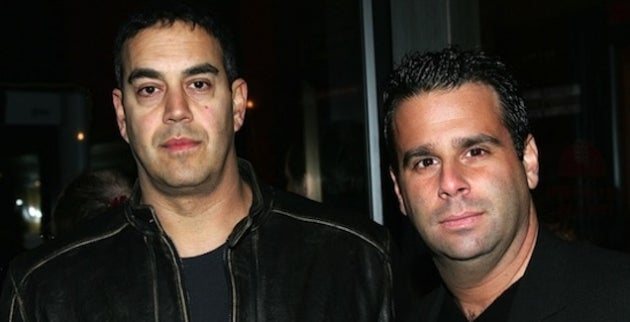 Gerard Butler is suing the producers of "Motor City" for $5.1 million in damages, claiming he was not paid after the film was scrapped last summer. Butler is alleging breach of contract and breach of implied covenant of good faith and fair dealing in a suit filed this month in California Superior Court.

Randall Emmett and George Furla's Emmett/Furla Films, which financed "Motor City," is named as a defendant, as is the limited liability company, Motor City Productions, that was established for the film.

Production on "Motor City" ended abruptly last summer when backing for the revenge thriller fell through with two weeks to go before cameras started rolling. Joel Silver’s Dark Castle was also producing the film, and Warner Bros. was set to distribute. Neither Silver nor Warner Bros. were named in the suit.

Butler's salary consisted of a $4 million pay-or-play component, meaning he was guaranteed payment even if the film was never made. He was also due to receive up to $2 million in deferred compensation, according to the lawsuit.

However, Butler's attorneys allege in the suit that in August of last year, the actor's agents at Creative Artists Agency were informed that production would be shut down and his guaranteed payment would not be forthcoming.

Rick Rosenthal, an attorney for Emmett/Furla, counters that the company never signed a contract with Butler and described the suit as "frivolous."

"There is no written agreement between the parties and there were still outstanding deal points that were material to the deal that were not agreed upon," Rosenthal told TheWrap. "Everybody wishes the movie had gone forward, but they do not have any legal liability."

Butler's deal was originally supposed to be richer. According to the suit, he was initially offered $6 million in guaranteed fixed compensation and up to $4.5 million in deferred compensation. Butler agreed to lower his price after Emmett/Furla said that the film's budget had been scaled back, but he claims in the suit that he only consented to the new salary after the producers acknowledged that the majority of his fee was pay-or-play.

The actor claims that not only was he never paid his guaranteed salary, but because of his commitment to the film, he was forced to turn down other roles and did not seek alternative projects.

In addition, the lawsuit states that the actor negotiated with producers of "Olympus Has Fallen," another action film he was working on, to ensure that he would complete filming on that movie in time to start production on "Motor City." As part of that pact, Butler assumed liabilities on the film of $1.1 million, the suit claims.

A spokeswoman for Butler did not respond to request for comment nor did his attorney Brian Wolf.

In November, TheWrap reported that vendors and crew members on the aborted production were owed roughly $500,000 in unpaid bills.

At the time, Emmett said in an interview with TheWrap that all of the outstanding debts would be paid by January. He insisted he was not ducking payments, but said that the company was still auditing invoices and verifying their legitimacy.

Some vendors say that as of this week they are still waiting to be reimbursed for their work on the film, although others have been paid.

Rosenthal said on Wednesday that he could not speak to any specific bills, but said his client would address any "legitimate" debts.

Emmett/Furla financed $250 million in productions last year. It recently released "Broken City," starring Russell Crowe and Mark Wahlberg. It is also working on several big-budget productions like Peter Berg’s Seal Team drama “Lone Survivor" and "2 Guns," starring Wahlberg and Denzel Washington, both of which are slated for release this year.