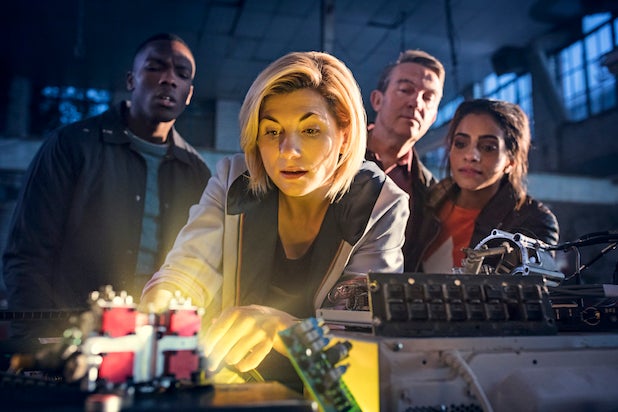 If you’re feeling a little behind on the “Doctor Who” timeline, then you no longer have to worry.

BBC America is bringing you the ultimate marathon with “13 Days of Doctor Who,” kicking off on Tuesday, Sept. 25 at 6 a.m. The network will air 143 original Doctor Who episodes, and 240 total episodes will air, including repeats, so you can reacquaint yourself with former Doctors Christopher Eccleston, David Tennant, Matt Smith and Peter Capaldi.

The marathon, which focuses on Doctors nine through 12, will culminate in the Season 11 premiere on Sunday, Oct. 7 — note the new night — which will be followed up by an encore of the premiere in its new regular primetime evening slot. The time has yet to be announced.

Fans got their first look at Jodie Whittaker as the 13th doctor at San Diego Comic-Con in July, in a video in which she asks viewers to be her “new best friends.” Of course, we will!

Watch the “13 Days of Doctor Who” promo below … and be sure to clear out your calendar for binging.