Ghislaine Maxwell’s sex trafficking trial related to accusations she helped recruit, groom and pay a 14-year-old girl to engage in sexual acts with Jeffrey Epstein has been postponed until the fall.

A judge in a New York City federal court granted the delay Monday based on new charges filed in March. The trial was originally set for July 12. 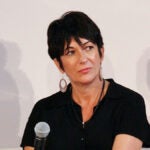 “The Court grants Maxwell’s request for a short continuance until the fall of 2021 to allow the defense to prepare for the additional charges,” U.S. District Judge Alison Nathan wrote in her ruling.

Attorneys have until May 10 to propose the earliest trial date possible to the judge.

According to a March indictment, Maxwell met the 14-year-old girl at Epstein’s Palm Beach residence between 2001 and 2004, when the young girl gave nude massages to Epstein and during which time Epstein “engaged in multiple sex acts” with her.

Maxwell was previously charged with aiding Epstein’s abuse of young girls by recruiting, grooming and abusing girls as young as 14 from the years 1994 to 1997.

The young girl also brought “multiple” other girls, some under the age of 18, to also give “sexualized massages” to Epstein after being encouraged to recruit other girls, the indictment said. In those instances, the 14-year-old girl and the other girl she brought with her were both “paid hundreds of dollars in cash,” according to the indictment.

Maxwell was arrested last July and has been held at the Metropolitan Detention Center in Brooklyn, New York. She has pleaded not guilty to charges of facilitating sexual abuse of minors.