The “Ghost Adventures” crew got way more than they bargained for when they grabbed their SLS and infrared cameras, EMF detectors, digital recorders and spirit box and headed to Oklahoma to investigate rumors of paranormal activity at Joe Exotic’s zoo. What they walked away with is what lead investigator Zak Bagans called “overwhelming,” “crazy things,” including visual evidence of a restless spirit who took his own life — and another whose life was supposedly taken.

In “Ghost Adventures: Horror at Joe Exotic Zoo,” Bagans, along with investigator Aaron Goodwin and AV tech investigators Billy Tolley and Jay Wasley, went inside the infamous Greater Wynnewood Exotic Animal Park to investigate disturbing accounts of supernatural activity. As the first-ever paranormal investigation inside the park at the center of the docuseries “Tiger King,” the guys looked into claims from the park staff who have said through the years that the 16 acres and the structures on it were haunted.

What they come away with in this two-hour special is evidence that tortured spirits lurk the property that is tainted by tragic events like deadly fires and accidental shootings. Among the questions they hoped to be answered was, did these incidents open a mysterious portal to the other side, or was it an already open portal that caused them?

“Going into the zoo, there was just so many different, crazy things happening, it was one thing after another. It was overwhelming,” Bagans said. “Everybody’s familiar with who all of these people are and the zoo because of the theories that came out in ‘Tiger King,’ but then we started getting into the things that we never really heard about, and that was the haunting. The reason why we were so interested in going there, and my biggest question was, was the land responsible for any of the energy that possibly could have been affecting some of the people that worked there? It’s not a secret about a lot of the dark things that happened at this zoo. And I wanted to see if something supernatural paranormal could have been fueling all of these things.”

Among those things in question was the accidental shooting suicide of Joe Exotic’s husband, Travis Maldonado.

“We were rather shocked by the evidence that we started to collect,” Bagans said, including capturing a voice with an underwater microphone, a floating white mist and visual evidence of Maldonado leading them to a prized personal item that Exotic hid from him in a fit of anger. 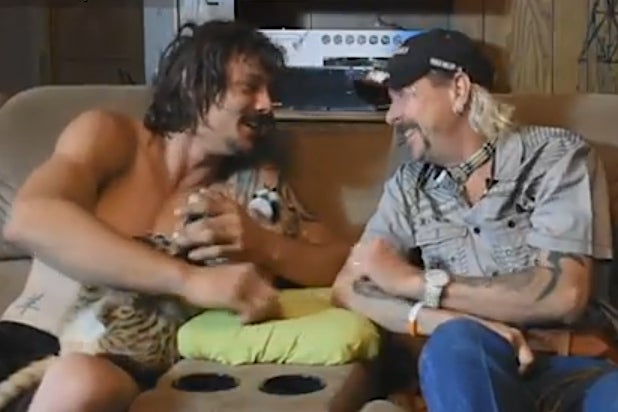 Goodwin had a physical reaction the minute he walked into Exotic’s old, abandoned cabin and had the immediate urge to get out of there. And so he did.

“The house had been raided during the investigation, so it was kind of left open. It was messy and the horses would walk around through there. There was horse poop everywhere,” Goodwin said. “But then as soon as I stepped in, you just felt like, ‘get out right now, you don’t belong here.’ And we see that a lot, but what’s really weird was it was so much stronger than normal. It was like, it was almost like some dark energy. You could feel it. But there was also another energy there, which was Travis. And we got a lot of evidence proven Travis was there.”

The team also headed to the back of the park, where it is said that dead animals were both dumped and buried. It is now behind a locked fence and is off-limits. But they were given permission to investigated. What they found was an abandoned truck trailer which oozed a gross, smelly substance (was it blood?) and recorded voices of a man who was said to have been a trespasser who was shot and left to die. 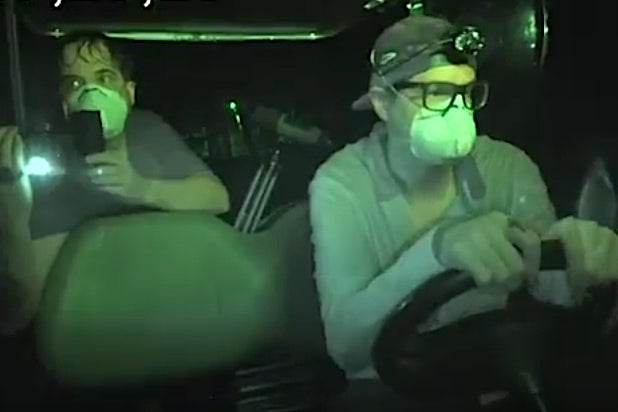 In July, the park was in the spotlight in real time when cadaver dogs were brought in as part of this “Ghost Adventures” investigation and they were led to believe there were human remains on-site. “We were told that and I want to state that none of this was proven. I have to make that clear,” Bagans said. Four additional dogs were brought in after that, and they all gave the same alert in the same location. As Bagans put it, “It remains a mystery.”