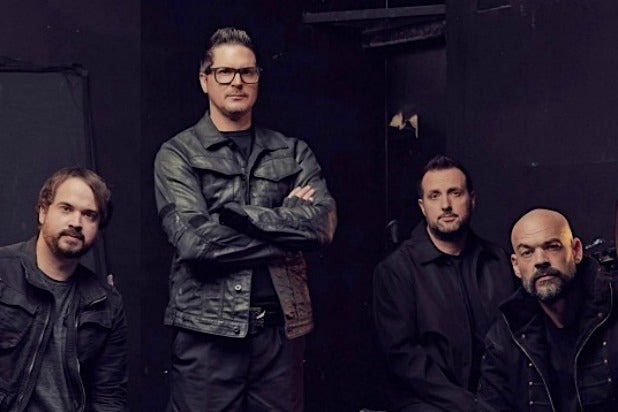 The “Ghost Adventures” crew is at it again, boldly going where no man (or woman) has gone before… a whole bunch of demons and evil spirits, yes, but no human in their right mind.

Travel Channel’s four-part miniseries “Ghost Adventures: Quarantine” has paranormal investigators Zak Bagans, Aaron Goodwin, Jay Wasley and Billy Tolley quarantining themselves for nearly two weeks inside Bagans’ Haunted Museum in Las Vegas, testing the widely-held belief that supernatural entities feed off of fear, and the more fear in the air (like, maybe, during a pandemic), the more dangerous the spirits become.

“Fear gives entities power, and fear is now permeating our society on a scale we haven’t experienced before,” Bagans said. “We are witnessing the amount of spirit activity greatly increase and we need to understand how this unprecedented situation affects things on a supernatural level.”

Among the world’s most haunted artifacts in the museum that they’ll be locked down with are Dr. Jack Kevorkian’s van, where he helped dozens of people end their lives, as well as furniture from his office. During the investigation, the team made contact with one of Kevorkian’s patients, who had a message that might surprise some.

Also investigated in the miniseries, the Devil’s Rocking Chair, Peggy the Doll that triggers sickness and death, and the notorious Dybbuk Box, a haunted wine box that is said to occupy a malicious spirit that can possess the living.

“Opening up the Dybbuk Box, there was activity and something that we captured before we opened it the night before,” Bagans said. “That one night, after I took the Plexiglass top off, we ran some cameras overnight and we captured on one of the cameras, a mist coming out of the box and then forming a set of eyes.”

Bagans said it is one of the most compelling pieces of visual evidence the “Ghost Adventures” team has ever captured. “And it happened before we even opened the doors to the box. Just surrounding the overall box when it was opened, the levels that we were having were static energy fields, the electromagnetic field… it was a great, great experience, but it was also one of the most terrifying.”

That word “terrifying” might freak most people out, but not Bagans. “There’s a level of terrifying that I’m OK with,” he said confidently. Looking back, the lockdown inside his haunted museum for “Ghost Adventures: Quarantine” was, Bagans said, “by far the most intense investigation and in-depth experiment we have ever done, considering the whole tone of doing a lockdown within a pandemic lockdown… it’s as raw and terrifying as it gets.”

15 Haunted Objects in Movies, From 'Hellraiser' to 'The Ring' and 'Poltergeist' (Photos)

Nowhere is safe — not in a bed or a car, at a museum or even a seaside arcade

Restless spirits can be sneaky little devils, sometimes literally, and find the most unlikely of places to hide out and show themselves when least expected. Nowhere is safe, not in bed, at a museum or even a seaside arcade. Here are a few examples of inanimate objects that became the host for the undead.