The Super Bowl of paranormal locations — that’s what “Ghost Adventures” investigator and producer Zak Bagans calls the Harrisville, Rhode Island, farmhouse portrayed in  ”The Conjuring.” Can you think of a better place to spend Halloween?

For Travel Channel’s “Ghost Adventures: Curse of the Harrisville Farmhouse,” which premieres on Halloween night, Bagans and his crew headed to the historic New England village to investigate the home of the notorious Perron family, whose horrifying hauntings were portrayed in “The Conjuring” films. Armed with night-vision, full-spectrum and thermal cameras; EMF meters; sensitive EVP recorders; spirit boxes; and laser grids, Bagans and demonologist Carl Johnson didn’t even make it to the front door before the ghosts began to show themselves.

“The very first day that we were filming, myself and Carl Johnson were walking up to the house, and we both saw a black mass move from within the house. And to have us both witness that, that really just kind of laid out the investigation for us and the events of what were about to happen,” Bagans said. “It was one of the most disturbing things that we have ever witnessed.” 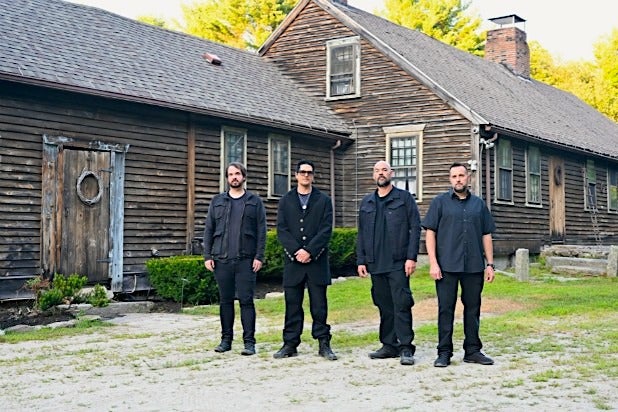 In 1971, paranormal investigators Ed and Lorraine Warren, whose real-life accounts inspired “The Amityville Horror,” visited the Perron family, who were experiencing disturbing events and a malevolent spirit at their Harrisville farmhouse. The estate had a long history of ghostly activity, dating back hundreds of years to its original owners, the Arnold family, who befell several deaths on the 200-acre farmland. This past July, paranormal investigator Cory Heinzen bought the house for $440,000 and moved in his wife Jennifer and their young son.

“We had doors opening, footsteps and knocks,” Heinzen told the Sun Journal. “I’ve had a hard time staying there by myself. I don’t have the feeling of anything evil, (but) it’s very busy.”

Bagans explained what the Heinzens knowingly got themselves into — living with an entity that has been reportedly responsible for cursing families for hundreds of years.

“All the deaths, a murder, suicides,” Bagans said. “When the Perron family was there back in the ’70s, the events of what transpired there were absolutely chilling — as bad as you could get when it comes to a haunting. It really sparked a concern when we discovered that this new family that just bought the house and had only owned it for one month were being traumatized.”

Also Read: 15 Facts About the 'Conjuring'-Verse Hauntings, Including 'The Nun' (Photos)

So, how bad is it there?

“They’ve been seeing a black mass and a black figure. This is the same exact thing that was seen by the Perron family. So this is something that you don’t want to see history repeat itself,” Bagans explained.

From the minute they arrived, Bagans said “it was just different — it was the sense of attachment, the feeling of dread, the feeling of sickness. I was sick when I did this investigation. It got to me on a very deep level, and that is what was really disturbing about it. But,” he added, “at the same time, because of us feeling that, it was ridiculously exciting to know that we were now experiencing things that the Warrens and the Perrons were experiencing.”

For anyone who has seen “Ghost Adventures,” Bagans and the show’s other investigators — Aaron Goodwin, Billy Tolley and Jay Wasley — frequently provoke the spirits they’re trying to flush out of hiding. Their tone gets aggressive in order to get a reaction from the entities. That gets them some amazing documented evidence, but when you’re talking about getting a reaction from evil spirits like those at the Harrisville farmhouse, sassing them may not be the best course of action.

“We are overly highly-tuned to the sensitivity of interacting with spirits. We can feel them, we can feel their emotions and it’s something that we just can’t shut off,” Bagans said. “It is dangerous when we’ve developed this hypersensitivity and we walk into a location like this. Halfway through our investigation at the Harrisville farmhouse, Aaron wanted to quit because he knew that we were susceptible to having attachments. And he was correct. I did suffer an attachment from this investigation for about three weeks.” 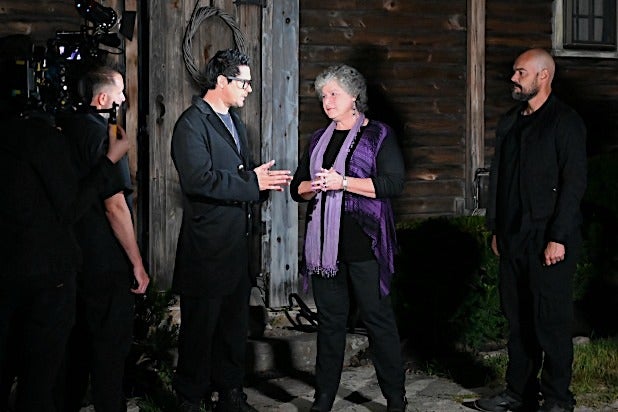 It can’t be safe for the Heinzen family, who currently live there… right?

“What this kid, the son, experienced and what he saw with his own eyes is going to affect him, I believe, for the rest of his life,” Bagans said.

“I think that this isn’t just human spirits there. I think this is an ancient entity that has affected the Arnold family for generations, and I think it’s bound to the ground. I don’t think it’s anything that can be removed. I think that what it would need is a full-on long period exorcism that could take weeks, months, even years. The family needs to have an awareness of what they’re dealing with there.”

Bottom line, Bagans added, “It’s another world in that house, another dimension. And I fear for the safety of that family that’s still living there now.”