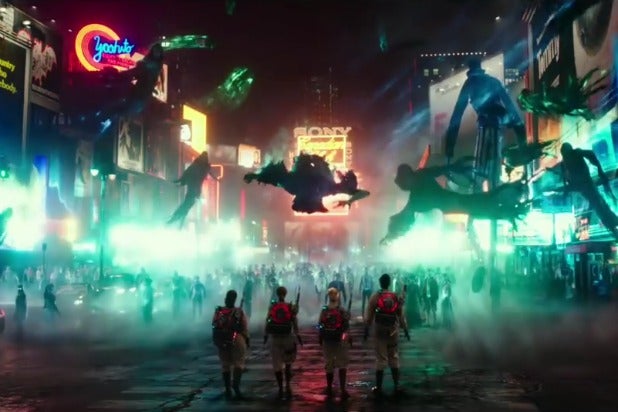 “Ghostbusters” grossed $17.2 million to lead the box office on Friday.

But while the franchise reboot from Sony and Village Roadshow took the day with a strong sum, it may not be propelled to a weekend win.

That’s because Illumination-Universal’s reigning champ, “The Secret Life of Pets,” came in close behind with $15.1 million on Friday and should expect bigger box office tallies on Saturday and Sunday, when families flock to theaters.

All told, “Ghostbusters” is now expected to bring in upwards of $46 million from 3,963 theaters over the course of the full weekend — a total that is comfortably in line with projections — while “Pets,” which is playing in 4,381 locations, should score a gross near $50 million.

Meanwhile, the Warner Bros. holdover “The Legend of Tarzan” added another $3.3 million to its three-week haul on Friday.

That movie is running neck-and-neck with Disney-Pixar’s “Finding Dory,” which also earned $3.3 million on Friday, for a distant third-place finish around $11 million for the full frame.

In more limited release, Bryan Cranston‘s fact-based period thriller “The Infiltrator,” from Broad Green, earned a solid $1.5 million on 1,601 screens on Friday. And Woody Allen‘s “Cafe Society,” which is being distributed by Lionsgate, tallied $114,500 in five theaters.

However the final numbers pan out exactly, the weekend is set to be one of triumph for “Ghostbusters,” which is the week’s only major wide opener.

With big Internet buzz and generally strong reviews from critics — it currently has a 73 percent “certified fresh” score on aggregator Rotten Tomatoes — the female-fronted flick has long been on pace for a good first foray in multiplexes.

Made on a production budget of $144 million, “Ghostbusters” — which features Melissa McCarthy, Leslie Jones, Kristen Wiig and Kate McKinnon, who tackle a whole new haunting in New York City — does have some work ahead to justify its price tag and could also benefit from a boost in additional international ticket sales.

But the Paul Feig-directed movie should certainly become the highest grossing live-action comedy in more than a year. It is positioned to easily top the $33.5 million opening of Universal’s “Ted 2” in June 2015.