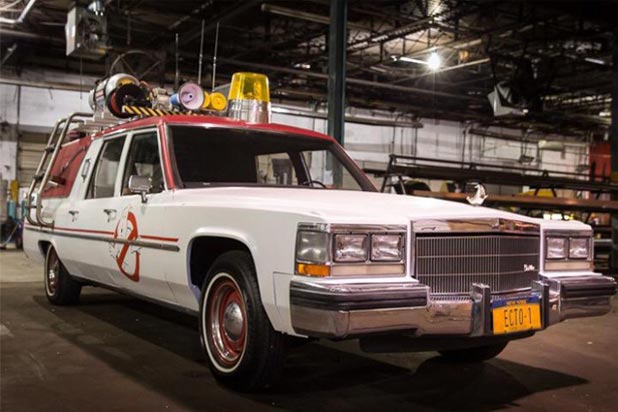 “Ghostbusters” director Paul Feig revealed the souped-up but retro-looking car that his all-female crew will be driving to chase spectral threats.

“#Whattheygonnadrive,” Feig tweeted Tuesday along with a photo, which looks remarkably similar to the white station wagon that Bill Murray, Dan Akyroyd, Harold Ramis and Ernie Hudson drove in the 1984 original.

In the new outing, which Sony will release on July 22, 2016, the ghostbusting team will be played by Kristen Wiig, Melissa McCarthy, Kate McKinnon and Leslie Jones. The cast also includes Chris Hemsworth, Andy Garcia and Cecily Strong.

Take a look at the new Ecto-1 below: