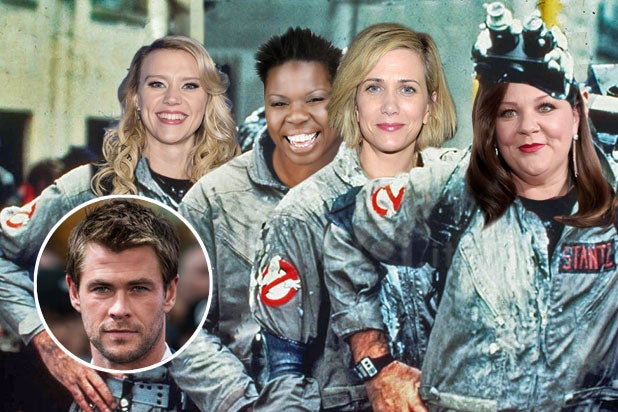 “Ghostbusters” has begun production in Boston, and the first set pics that have hit the web preview how star Kristen Wiig will look alongside fellow female leads  Kate McKinnon, Leslie Jones and Melissa McCarthy.

The pictures first published by Boston.com show Wiig and director Paul Feig on set, as well as the old Everett High School disguised as “Bronx Kuyper Middle School,” with banners hanging from the building which read “Higgins Science Institute.”

The film is based on the 1984 supernatural comedy of the same name that starred Bill Murray, Dan Aykroyd, Harold Ramis and Ernie Hudson as the eponymous scientists who develop technology to trap ghosts. Feig co-wrote the female-driven reboot with “The Heat” co-writer Kate Dippold.

Sony Pictures Entertainment is releasing the film, in which Chris Hemsworth (“The Avengers”) co-stars as a receptionist, on July 22, 2016.

Take a look at the pictures below.