Jason Reitman’s “Ghostbusters” sequel and reboot has a new title ahead of a trailer set to drop on Monday. “Ghostbusters: Afterlife” will open in theaters July, 10, 2020.

Vanity Fair had a first look at Rudd, Wolfhard and Grace in the film, which is set in modern day and ties back into the “Manhattan Crossrip of 1984,” or the giant cataclysm that the Ghostbusters had to stop and that spawned a giant marshmallow man demolishing New York.

Also Read: Ghostbusters Are Back in First Teaser for Jason Reitman's Sequel (Video)

Now Rudd’s students, played by Wolfhard and Grace, seem to think the whole thing was a myth or a legend, and Rudd, who only remembers the event from being a child, is finding it hard to believe the Ghostbusters were ever real.

Speaking with Vanity Fair, Reitman revealed that the movie begins with Wolfhard and Grace’s characters going to an old farm and finding the old Ghostbusters station wagon stored away in a barn, as was shown in an initial teaser for the film earlier this year.

“As the family arrives at an old farm, they begin to discover their connection to the original Ghostbusters,” Reitman said. “Trevor and Phoebe are about to find out who their grandfather was and whether they’re ready to pick up the proton pack themselves.”

Also Read: Halloween Horror Nights Review: Ghostbusters, Killer Klowns and the Tethered Compete to Scare the Hell Out of You

Dan Aykroyd is an executive producer on the film, and he along with Sigourney Weaver, Bill Murray and Ernie Hudson are set to reprise their roles in “Ghostbusters: Afterlife,” but it’s unclear in what capacity, and none of teaser materials have shown them yet. Among the other original stars for the film, Harold Ramis died in 2014, and Rick Moranis is not expected to appear after largely scaling back his onscreen roles.

It’s also worth noting that “Ghostbusters: Afterlife” is intended to connect back to the original pair of films, whereas Paul Feig’s female-fronted reboot of “Ghostbusters” was its own story.

The trailer for “Ghostbusters: Afterlife” debuts on Monday. Check out a new poster for the movie below: 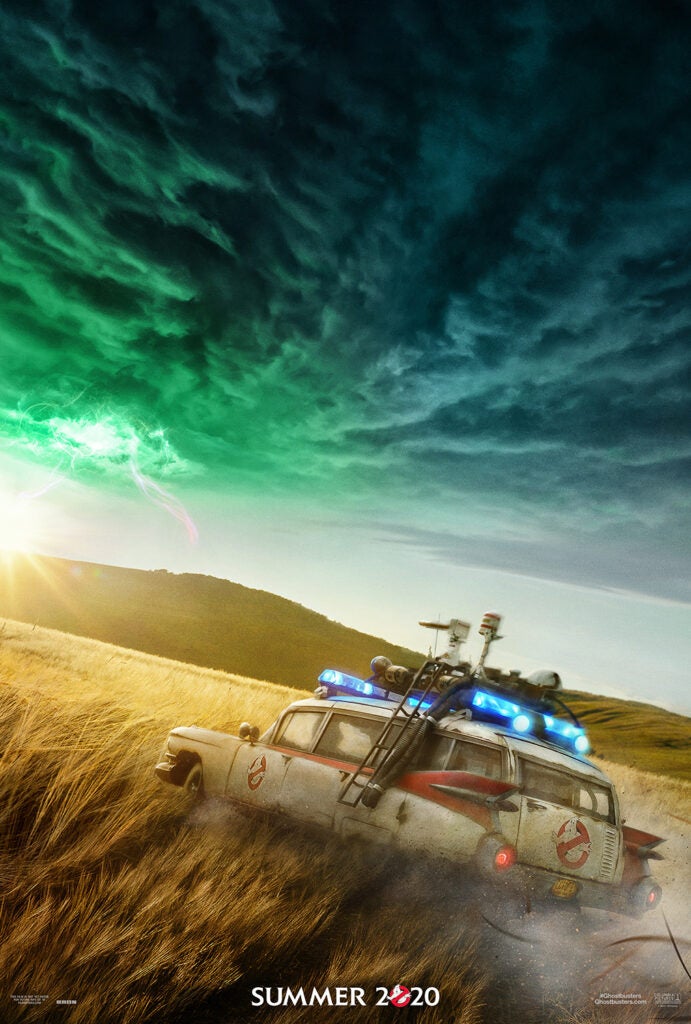