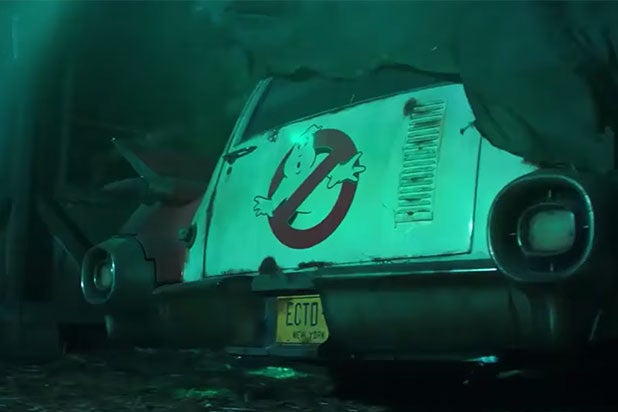 “Spider-Man” Spinoff “Morbius” follows three weeks later on July 31, 2020, while TriStar’s Mr. Rogers biopic “A Beautiful Day in the Neighborhood” will be released on November 22, 2019.

Reitman’s father, Ivan Reitman, who directed and produced the original 1984 film, will produce. The as-yet untitled film will go into production this summer.

Also Read: Ghostbusters Are Back in First Teaser for Jason Reitman's Sequel (Video)

Described as “the next chapter” in the story started by the 1984 original, and will involve the passing of a torch to a new generation of paranormal investigators. It will be the second official sequel following 1988’s “Ghostbusters 2.”

The film will have no connection to the 2016 film directed by Paul Feig that starred Kristin Wiig, Melissa McCarthy, Kate McKinnon and Leslie Jones.

“Morbius” is one of several projects being developed by Sony based on characters from the “Spider-Man” comics. The franchise paid dividends for the studio in 2018 with “Venom,” which grossed $855 million worldwide, and “Spider-Man: Into the Spider-Verse,” which grossed $327 million and earned a Best Animated Feature Oscar this week. Both films have sequels in the works.

Daniel Espinosa will direct the film from a script by Matt Sazama and Burk Sharpless. Avi Arad, Matt Tolmach and Lucas Foster are producing with Palek Patel overseeing for the studio.