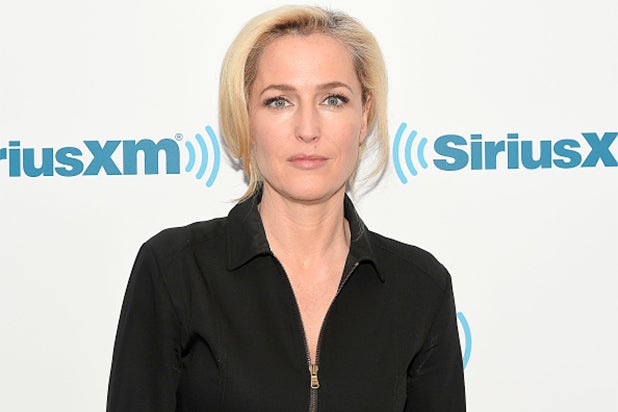 Daniel Craig‘s alleged departure from the James Bond franchise he’s led since “Casino Royale” has opened the floodgates to speculation about who will replace him.

“X-Files” star Gillian Anderson has become a popular fan choice since the hashtag #NextBond popped up on Twitter, and she responded to her name being thrown in the ring Saturday.

“It’s Bond. Jane Bond. Thanks for all the votes!” the actress tweeted Saturday, attaching a fan-made poster showing her in place of Daniel Craig.

Reports surfaced earlier this week that Craig has told Bond producers he is done playing the iconic British super spy and last fall’s “Spectre” was his last outing, marking the end of an era that also included stints in “Quantum of Solace” and “Skyfall.”

The next Bond film, untitled and without a release date, will be the 25th in the series that began with Sean Connery in “Dr. No” in 1962.

Popular fan choices for the next Bond include Idris Elba, Tom Hiddleston (who has shown serious interest in the role) and Emily Blunt.

It's Bond. Jane Bond.
Thanks for all the votes! (And sorry, don't know who made poster but I love it!) #NextBond pic.twitter.com/f8GC4ZuFgL