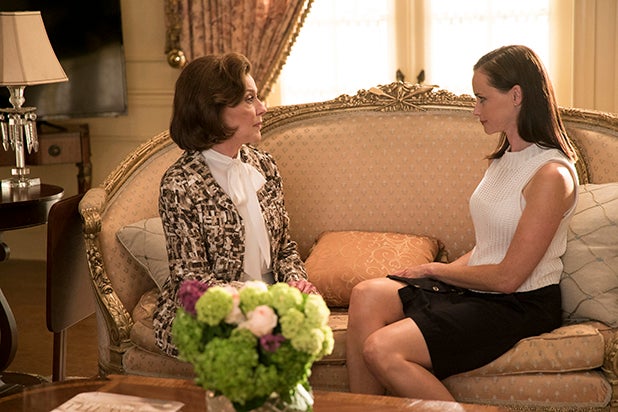 The “Gilmore Girls” made it back just in time for Thanksgiving. Home looks a bit different than it did in 2007, however, as “A Year in the Life’s” new address is on Netflix.

There, the revival roped in a total program average of 4.971 million viewers 18-49 and a 3.59 rating in that same key demo, per Symphony Advanced Media’s Live + 3 Day viewing tally.

That places it behind just “Fuller House” Season 1 (7.330 million) and “Orange Is the New Black” Season 4 (5.842 million) in terms of the advertiser-coveted age-range’s opening weekend audience for streaming originals.

That said, when Symphony AM’s data stabilizes in a few days, “Gilmore Girls: A Year in the Life” could theoretically leapfrog the latest “OITNB” dump, but not likely the “Full House” reunion. For now, the ladies will have to settle for beating out fellow Netflix hits, “Luke Cage” Season 1 (3.387 million) and “Daredevil” Season 2 (3.200 million) by total program numbers.

In terms of just Episode 1s, those Top 5 shows’ standings shake out a bit differently. Both Marvel series jump ahead of the four-episodes-only “A Year in the Life” comeback (5.991 million) when working with that count.

Netflix does not share viewership data for its shows.

Also Read: Alexis Bledel on 'Sisterhood of the Traveling Pants' Reunion: 'We're Working on It' (Video)

Symphony AM is a measurement company in Silicon Valley that uses audio recognition software to chart what a panelist is watching. The relatively new arm of the tech firm gathers its data through a user’s cell phone microphone. Symphony began monitoring such viewership just over a year ago.

The original single-mother series, which debuted in 2007, ran on the WB, which is now the CW. (OK, technically the final season was on CW.)

Below is how the first run shook out, per Nielsen numbers, which are not directly comparable to Symphony AM’s.

'Gilmore Girls' Characters: Where Are They Now? (Photos)

At the conclusion of Neflix’s “A Year in the Life,” where have Lorelai, Rory and all their friends and families ended up? Warning, spoilers ahead …

Please do not read on if you have not watched Netflix's "Gilmore Girls: A Year in the Life" revival. The fates of all major characters will be revealed.