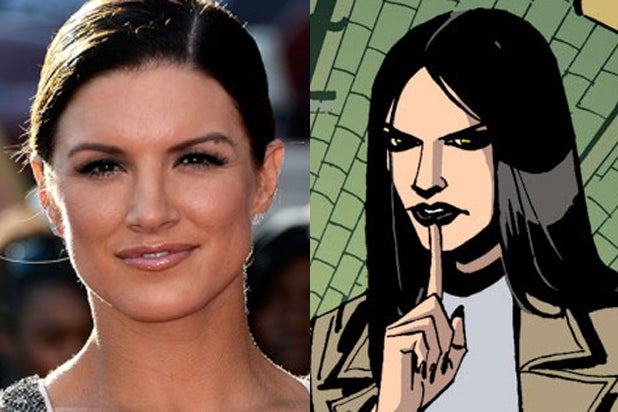 Reynolds returns to the role of the sharp-tongued mercenary he first originated in Fox’s “X-Men Origins: Wolverine,” while Carano will take up the role of Angel Dust, who in the comic books is a member of the Morlocks, a group of mutants who live under the ground.

VFX veteran Tim Miller will direct from a script by Rhett Reese and Paul Wernick. Lauren Shuler Donner is producing the film, which is scheduled for Feb. 12, 2016 release.

The character of Deadpool brings a sharp comedic edge that many of the more earnest superhero movies often lack. TJ Miller is on board for an additional comic-relief role, while “Transporter: Legacy’s” Ed Skrein has been linked to the film as villain.

Steven Soderbergh introduced Carano to film audiences when he cast her as the lead in his action-heavy “Haywire.” She’s since stuck to the action genre and also starred in films such as “In the Blood” and “Fast & Furious 6.”

She is represented by Gersh and The Syndicate.