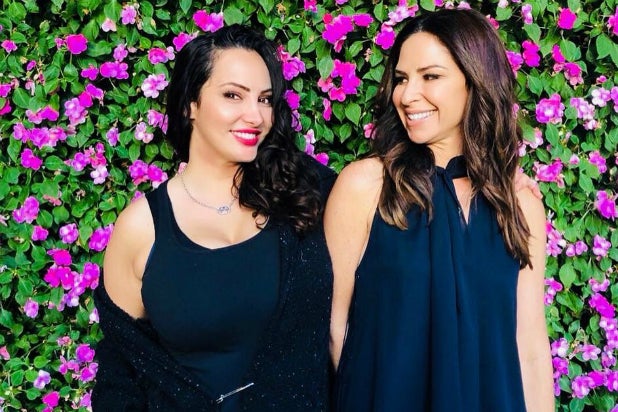 Grad and Strasser announced the news on Friday’s “Adam Carolla Show,” which ironically did not include Carolla. With Carolla out of town, “Bald” Bryan Bishop and Grad guest-hosted the show. Strasser was their first guest.

While revealing her new project with Strasser, Grad said that the two have been thinking about teaming up for “years” and working on the new show for “months.”

The plans are to launch the podcast in early March. The two will be discussing their lives and respective ailments, they said — or “our private convos broadcast to the public,” as Grad put it.

Grad has been covering the news (and generally side-kicking) at “The Adam Carolla Show” since 2015, after working on the now-defunct 100.3FM “The Sound” KSWD and making regular appearances on “The Young Turks” YouTube channel. She replaced Alison Rosen on Carolla’s main podcast.

After hosting the first season of TLC’s “While You Were Out” in 2002, Strasser replaced Rachel Perry as the news anchor for Carolla’s podcast in May 2006, previously serving as a fill-in before Perry officially left the show. Strasser exited the show herself in 2010 and was replaced by Rosen.

“The Adam Carolla Show” is celebrating its 10th anniversary this year, with Carolla — an early adopter of the podcasting medium — having just extended his PodcastOne deal for five more years, through 2023, last month.