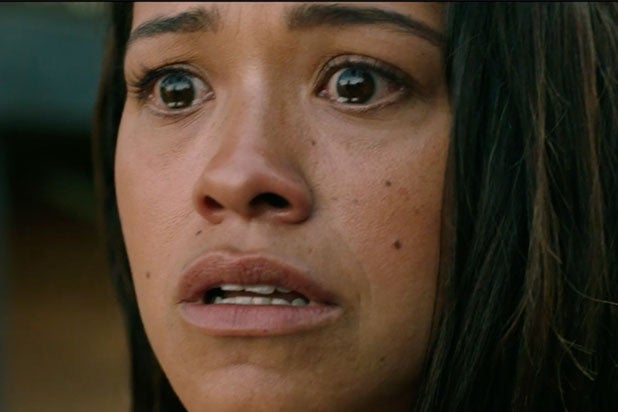 Gina Rodriguez plays a dangerous game in the first trailer for “Miss Bala,” in which she plays a woman who has to work for a crime boss after witnessing a murder.

Entertainment Weekly released the first trailer for “Miss Bala,” as well as some first look images. In the trailer, Rodriguez’s character travels to Tijuana after the death of her parents, and while at a club, a group of criminals come in with guns and kidnap her best friend. However, the American police are on to her, and Rodriguez’s character must play both sides to survive.

“In the end, the bullet settles everything,” says Miss Bala.